For the past two weeks I have been in Laax, Switzerland. The first week was a training camp with SnowsportsScotland. It was a great week and I managed to get a lot done. It was very productive. A lot of the Scottish team drove out with the coach. It was a tough drive. Over 20 hours. But finally we made it.

It was a tough week of training on and off the mountain. I spent a lot of time in the Freestyle academy in Laax which is similar to Woodward at Copper mountain. It has a lot of foam pits and trampolines which is great fun. And a really good training facility. I tend to make as much use of it as I can while I am there as we don't have anything as good as it back home. 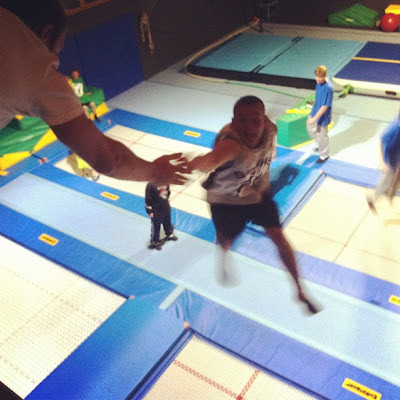 There is a balcony right about the trampolines and as you can see I am trying to touch Dan Wakeham's hand here. I was not far off. If the trampoline had a bit more spring in it I could have done it.


In between training I manage to have the opportunity to shoot with Neil Macgrain. It was perfect weather all week which meant it was easier to take better photo's as there was no clouds or anything surrounding which would obstruct the scenery.


After shooting with Neil we had the chance to shoot with something incredible. Something that I doubt I will ever have the opportunity to do again! It was to shoot with HeliPov. It was such good fun and some of the best footage of skiing I've ever seen. They managed to make a short video with some of the footage that they got while they were in Laax. But not it all.

After that first week then rolled around the Brits. It was such a good week. It is the only week in the year that everyone is in the same resort and gets to meet up and tell the stories from the season. This year I only entered the Halfpipe as my back wasn't great. I still could have competed but I didn't want to risk anything. I ended up in third which I was reasonably happy with as it was a really tough field with folk like James Machon, Rob Taylor and James Webb in it.


My first run in the finals went really well, but my second I hit a hole in the wall of the half pipe and lost my balance so I wasn't able to do the trick I wanted to so I wasn't able to better my score. Which is a shame but  there is nothing I can do about it now. 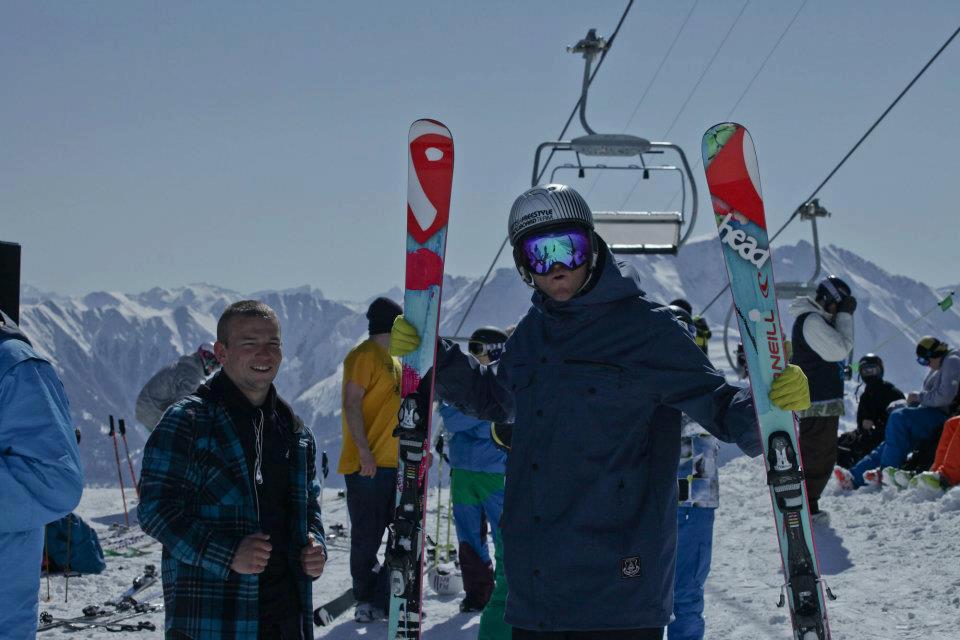 A photo of me and Dan Wakeham(Olympic Snowboarder) who has also got the best hand plant I have ever seen on ski's. He entered on his ski's even though he has only skied 5 days in his life. He has still got it for an old boy!


It was a great week in Laax at The Brits. I will definitely be going back next year!
Posted by Murray Buchan at 06:29 No comments:

I think my run for Mammoth was a lot better. The practise went a lot better and I was really happy with it! The run up to the competition wasn't great since the weather was terrible we didn't get much practise etc but it could have gone a lot worse so it put me in a good mind set to head out to Europe and train again!
Posted by Murray Buchan at 21:06 No comments:

Sorry about the delay for a post. The internet hasn't been great here in Mammoth. Or Aspen for that matter.  I am still trying to get the footage of my runs. So hopefully I will get it in the next couple of days. I leave Mammoth to fly back to Scotland tomorrow so I should have it by then!


About a week and a half ago a few of us went to Aspen to compete in the Aspen Open. It was a really cool event and I had a lot of fun. I didn't manage to do as well as I had hoped and only finished up in 16th! It wasn't as good as last year but the standard was much much higher. So I am reasonably happy.


The two days we were there it was really sunny and warm, it was a little bit windy but not windy enough to effect your skiing. The pipe was perfect. It was probably the best pipe I have ever skied. It was amazing.
Straight after the competition Pat Sharples, James Machon, Katie Summerhayes and I all had to drive to Mammoth Mountain in California. It was a 15 hour drive and it was absolutely horrendous. We drove throughout the night and eventually arrived in Mammoth at about 6 in the morning the next day.
The weather was terrible the first three days, so our competition got postponed again and again and no one had any practise. But thankfully it cleared up and we got to compete.
(The weather we had to deal with)
After that the weather was great. I had a really good practise on the day of the competition and I was pleased with how I skied. But unfortunately I didn't manage to land as good a run as I had put down in the competition. I still finished up 26th. Which is exactly the same place I finished when I did the Grand Prix in Copper Mountain as well. At least I am consistent.....
So now after the competition we are having to drive back straight to Denver Airport to get a flight home. It is going to be right to make the flight or not. But I hope we manage as I am really looking forward to go home and relax a bit and recover from a tough couple of weeks.
Hopefully I will have the footage soon! Sorry again for the delay.
Posted by Murray Buchan at 09:51 No comments: