On the 21st of November I flew out to Denver, Colorado for the majority of the winter. I have a friend who has a golf scholarship to Denver University so I spent a few days being a tourist around the city. It was really good fun as most of the time I don't actually get to see the cities I fly into or resorts I am training in. It made a bit of a difference having a few days free.

On the first night I was there I was lucky enough to go and watch the DU basketball team play. And two nights later I got to watch the hockey team play. Unfortunately they both lost. But it was enjoyable all the same. The amazing thing was they played both games in the same stadium. So as soon as the basketball was finished they had to lift the floor and get the rink up and water on it so as to freeze it. 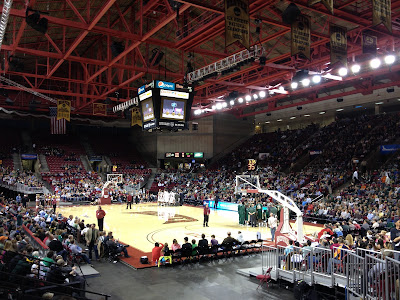 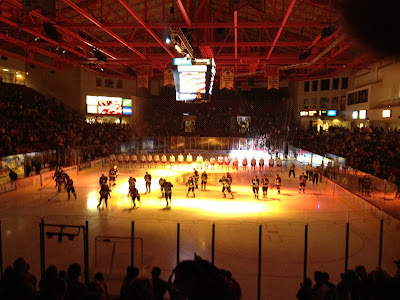 The day after I arrived it was Thanksgiving. I was lucky enough to be invited to the head golf coaches house with her family for a meal and a bit of a gathering after. It was really weird for me as it felt like I was celebrating christmas in November. It was a really great evening though. 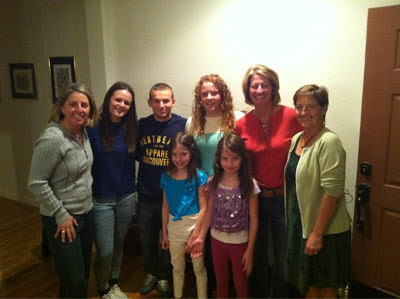 On my last day before I went up to Breckenridge Mountain I went skiing at a resort called Winterpark. I hadn't been there since I was about 13 when I did a tour round the USA with channel 5. There was not much snow so it meant that they only had 3 runs open which was rubbish but it was really enjoyable to be back on skis and on snow. 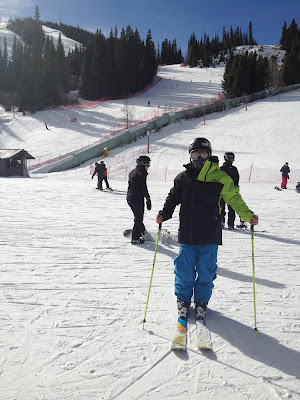 On the way up to Breckenridge I stopped off at a place called Redrock. It is a big stadium/music arena/amphitheatre. They hold gigs etc. in it. It was really impressive seeing some of the information about it. They had 3 million workers on from 1936-1942. 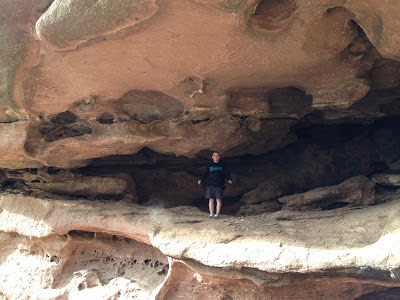