This morning the guys at Freeze Pro Shop managed to sort me out with an interview with STV. It was short notice but I wasn't going to pass up an opportunity like that. I drove up in the morning and wasn't sure what to expect. Turned out that they just wanted a chat and then to film me doing a bit of skiing. 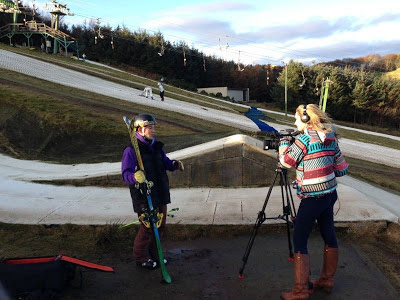 After the interview I just skied as I normally would and they moved about and filmed me. It was really enjoyable to ski at Hillend again after the weekend seeing as it was packed with student and now it was quiet. 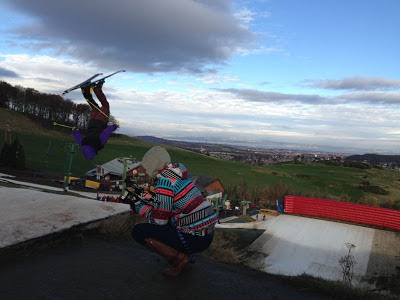 The main reason was to find out about the British team and also about support that is place. They managed to get a hold of Midge Whyte who is one of the partners at Bawbags Underwear who are sponsoring the team this year.

After the interview Midge invited me out to the Bawbags warehouse to see how things were run. I was very impressed when I went out. It was all very well set up and organised. Thankfully Midge let me wander round and pick up a few pairs of boxers. Including the new GB Freeski Team boxers. 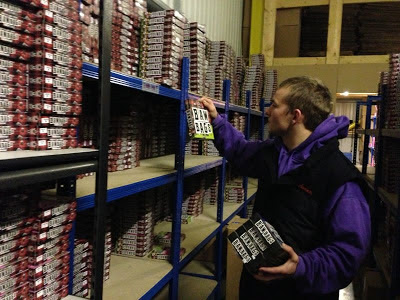 They are called the Cool De Sacs. Which is a new style they have just started doing this year. With 100% of the profits going to the team. 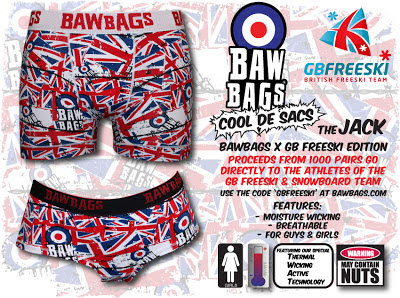 http://www.bawbags.com/acatalog/info-58.html     That is the link to the website where you can buy them. Just be sure to use the code GBFREESKI.

Keep and eye out for the STV interview soon!