On saturday the 8th of December I competed in the North Face Park and Pipe Open at Copper mountain. It was a fairly early start as the rest of the team and I had to be there for quarter to 8. That meant I was up at half past 6. Practise started at quarter past 8 and it lasted 45 minutes. In that time I only managed to get 3 runs. It gets really hectic in practise because everyone is trying to get as many runs as possible to everyone skips the queue. 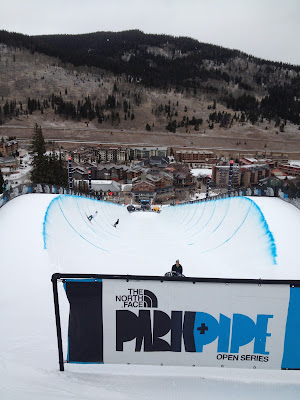 I was really happy that I landed my first run and that meant I could try and up my second run. On my second run I did a 1260 on the my third hit. I hadn't done one since I had been in NZ but since I had done a lot I managed to land on my feet.

I finished up 22nd overall which I am really happy with. It was a really tough field so 22nd is a good result. I managed to beat people like Jossi Wells, Noah Bowman and tyler Seaton which I was pleased with as they are Xgames skiers. 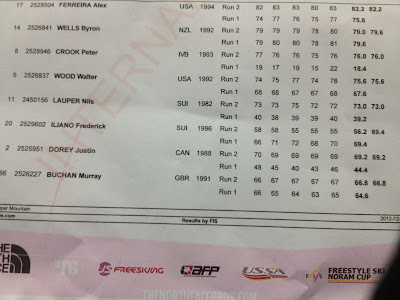 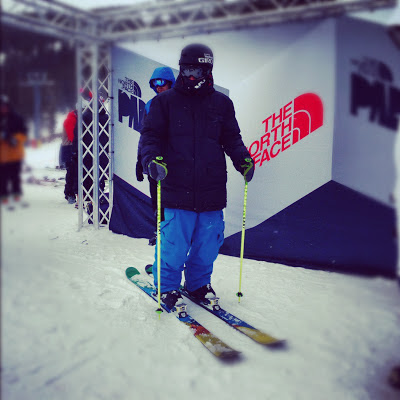 After we the guys competition the rest of the team went and watched the girls compete. One of the team members Rowan Cheshire qualified for the finals. It was a great result for her and for the team. Unfortunately none of the other girls qualified. 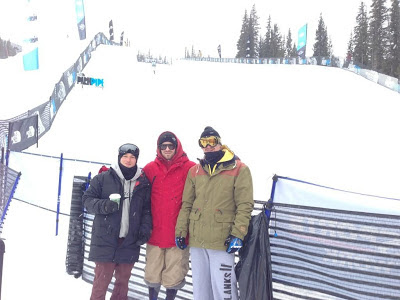 As you can see by the photo weather wasn't great. But it was just good to get a run down and since it is early on its something to work with. It means I know what I have to work on and I know what is working well so it helps me progress.