After spending two days at home after Russia I made a quick decision to go out to Laax in Switzerland with James Webb to train for a week before going to Oslo for the World Championships.
I flew down to London where James picked me up. I stayed at his for the night and then we drove out to Switzerland early the next morning. The drive wasn't too bad as we had a nice Audi A5 turbo. And James bossed it....


We got an apartment together about 5 minutes drive from the gondola station. So it is pretty convenient. The first day it was bad weather. Snowing and very bad light. So not much got done. We just rode around the mountain and checked everything out. It was difficult though as we couldn't see a thing. 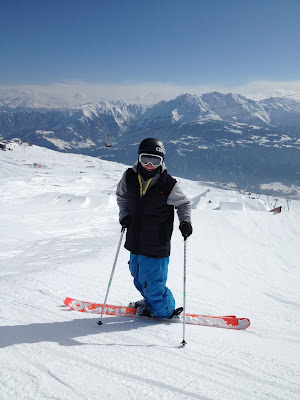 The second day was really sunny so it meant we could start training properly. I have mainly been in the pipe which is in great condition but also I have been skiing some slope style. Mixing it up for a change. Both the slope and the pipe have a drag lift right next to them. So it's quick laps and that means it's easy to train. 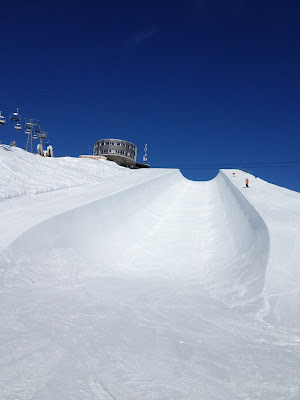 We spend a lot of our time off the slope in the freestyle academy. It is basically the Woodward of Switzerland. It is a great facility and is probably a bit better than Woodward as it has less rules and you can do as you please! 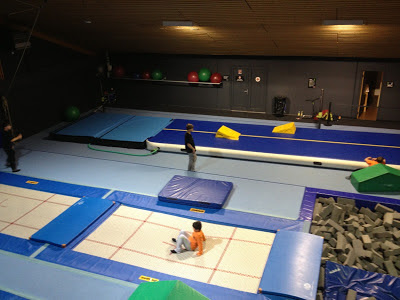 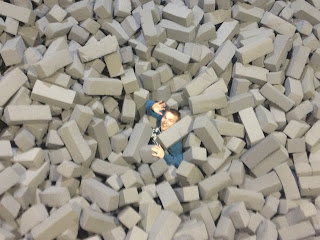 It's a great place to practise your tricks on the trampoline and then try it off the jumps so you know what you are doing. 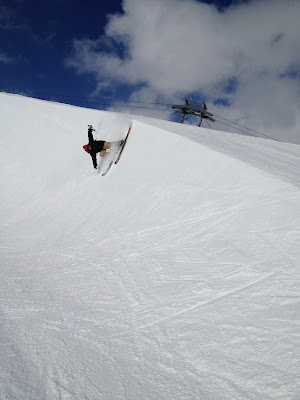 Cheeky shot of James Webb doing a slash in the pipe. For an old boy he's still got it!

Posted by Murray Buchan at 13:28 No comments:

On the 12th of February, after spending a week at home resting, I flew out to Sochi in Russia for the Olympic test event. It was a long days travel as I had three different flights to get. Edinburgh London, London Moscow, Moscow Sochi. 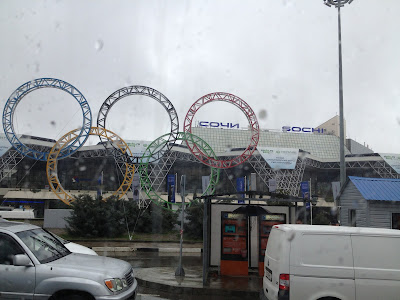 After arriving in Sochi we had a one and a half hour drive up to Rosa Khutor. At the moment everything is a building site. There is massive amounts of construction everywhere. Huge buildings being put up and it is amazing to see. My first day I had practise which was good as I got to have a feel for the pipe and what to expect on the competition day. After that we had a day off to rest and go skiing. I never realised but Rosa Khutor has some amazing terrain and great skiing. Up the top of the mountain the snow was excellent. It was great fun as there was a lot of skiing to be done. 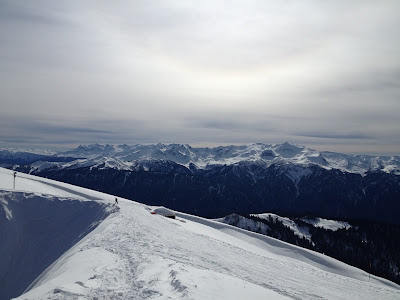 After that we had practise early morning and then again in the evening. It was really warm that day so the pipe didn't hold up too well. Thankfully training went well and I managed to land my run. I was a bit worried about the competition the day after as I was not sure what to expect. 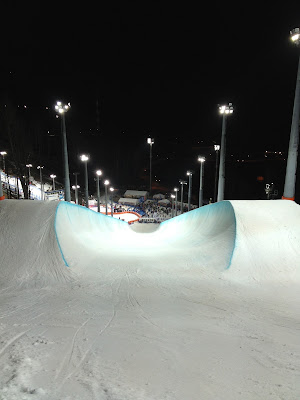 On the day of the competition it was horrendous weather. It was snowing very heavily and was a complete white out. Since it was fresh snow in the pipe it meant it was running incredibly slow. Everyone was struggling. But thankfully both Pat and Euan got my ski's running perfectly. The pipe was already really soft and all this new snow wasn't helping. The competition was put on hold about three times due to weather as the judges couldn't see the halfpipe. 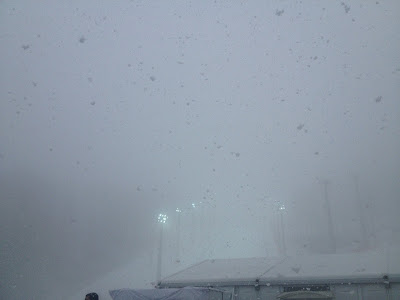 Thankfully I managed to land my run cleanly. It wasn't perfect but given the conditions I was extremely pleased. I finished up in 18th place which has been my best result this season so far and is getting me one step closer to the Olympics. 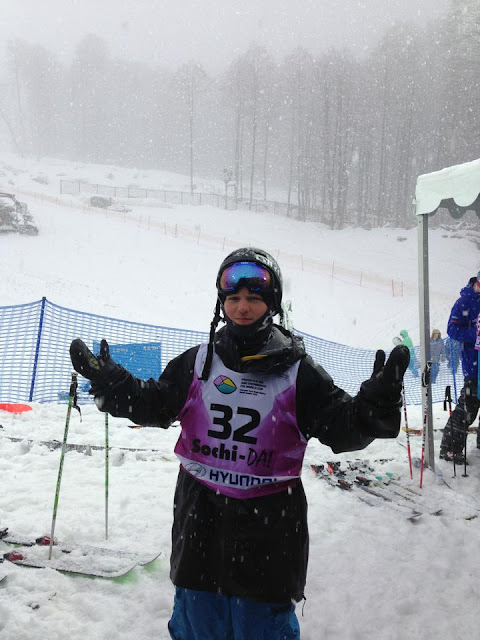 Posted by Murray Buchan at 07:05 No comments:

Part of the training that I do when I am not on skis is trampolining. It is great for your aerial awareness so that makes it very relevant to skiing. It is also great for your core as it takes a lot of strength and is hard work.

This is a short edit I put together from one short day I spent in Woodward with some of the other guys in the team. I hope you enjoy it!!

Posted by Murray Buchan at 01:02 No comments: