After leaving Breck I flew to LA then onto Mammoth. I was met at the airport by Neil MacGrain who is the Scottish team coach. I had been to Mammoth before but I had never been in the spring. It was glorious sunshine and unbelievably warm for May. The apartment I had was really nice as well. But it was fairly expensive.

I woke up early the next day and met Pat Sharples and Jamie Matthew. We had a private airbag session for the next three days. I had never done a camp on a jump airbag. I had only spent a week in the summer on one in Whistler(which I will be going back to). 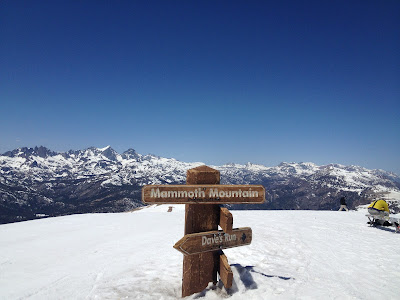 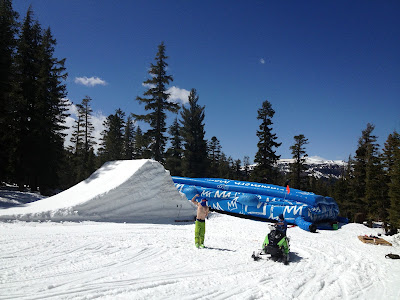 The jump was pretty big and very whippy as it was a way to safely practise double flips. It was one of the best set ups I have ever seen. Big run in, well shaped jump, no waiting around to drop and best of all both me and Woodsy got sled laps all day. Since it was so late in the season the airbag was on the half of the mountain that was closed. This meant that each morning Jamie, Pat, Woodsy and myself got a piste basher over ever morning. It was a really cool experience as it was our own private session. 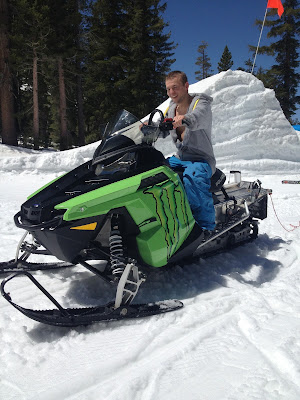 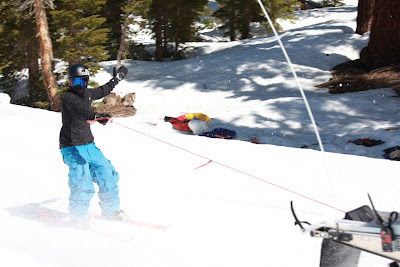 I found it difficult as I am used to riding halfpipe and not jumps. I was trying a few different doubles such as double 10/12's as well as both way double flares. The double 10's I found weren't working but everything else I managed to land on my feet! It filled me with a lot of confidence as I could take it to pipe easily.

Obviously I did a few backflips as well! 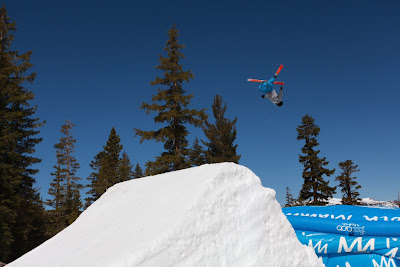 Thanks to Neil MacGrain for the photos. Make sure to check out his website www.neilmacgrain.com