On the 3rd of April I flew back to Breckenridge, Colorado to do some end of season training. Unfortunately it did not go quite as planned. I came expecting sunny, warm weather and perfect training conditions. It was not like that at all which was really unfortunate. 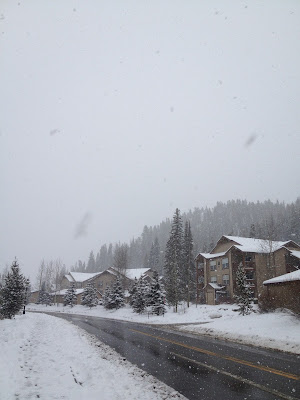 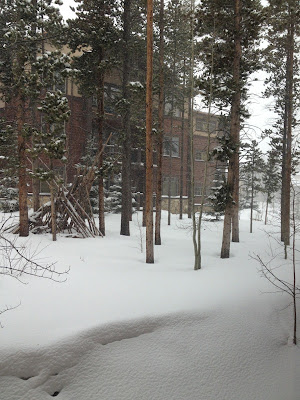 There was still a lot of snow. Which was a good thing as it meant the snow conditions on the mountain would hold up a lot better throughout the day. But it just kept snowing. It was great fun to go out skiing powder as I hadn't managed to get many powder turns in this season at all. It was really deep. There had been about 2 feet in less than two days.

Finally the sun came out and I managed to get a good day in the halfpipe with Pat Sharples. My main goal coming out here was to learn allyoop flat spin 540's. I managed to land a few on that good day. It was quiet as well so I had pretty much the whole pipe to myself. 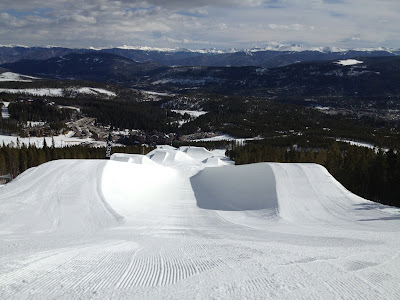 After this one good day the weather turned for the worse again. And it has snowed pretty much every day since. One of the days looked to be good. But when I went up the mountain it was extremely windy. So it was a write off. It is extremely frustrating when things like this happen because you can't control the weather. It is always a hit or miss going to a resort to train as it is very unpredictable. 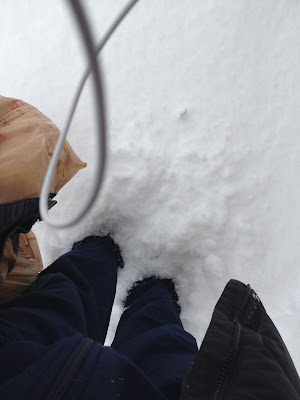 As you can see by the photo there is a lot of snow. That was in a car park that had been cleared the night before.

On a positive note I have finally got a hold of my run from the British Championships. The conditions were almost as bad as Breckenridge's.