On June the 15th I drove through early morning to Glasgow. There was a small local event on at one of the dryslopes called Bearsden. I feel it is the best dryslope in the UK at the moment. It is shown by the amount of amazing young riders it is producing such as Cal Sandison and Chris McCormick. Part of the reason this is happening is because of the great facility and also the fact that a really good program has been put in place by Neil MacGrain the Scottish coach.

Back to Go Big or Go Home.

It was a really cool format. Since it was a small slope they split it into two Jam sessions for qualification. Skiers and boarders and then a three run final best two runs count. I liked the format in the final because it meant you had to be consistent. You had to be able to do two good tricks to get a score. It wasn't just one trick takes all.

At first I was shockingly bad. I could barely ski as the last time I was on dryslope was November. I couldn't do any tricks. I was shakey and looked like I had just learn to ski. But I managed to get a small amount of practise in and get my legs back and then it was show time. 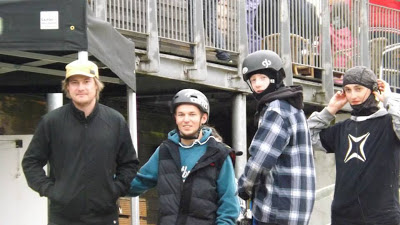 It was surprisingly busy. People had travelled up from as far as Norwich to compete in this event. It was the most amount of people I have ever seen at Bearsden! 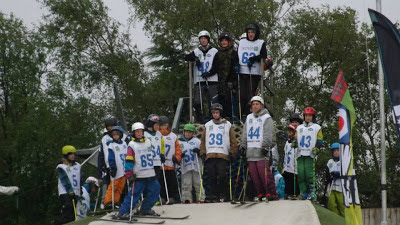 I did the skiers jam session in hope that I had done enough to get through to finals and also use it as a bit more practise so that if I did get through I wasn't out of my league. Thankfully I made it. So I did a few switch backflips and frontflips. Everyone loves a backflip. 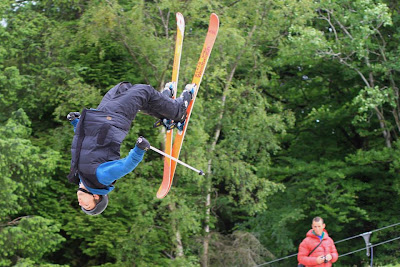 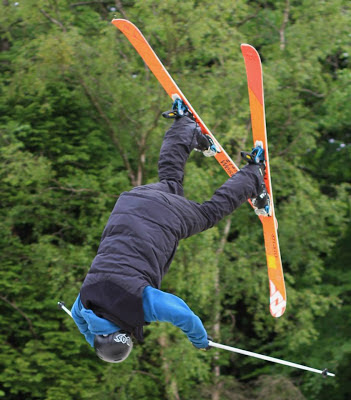 Once all the jam sessions had finished, to give the judges some time to tally up scores, the organisers put on a rail contest. It was just spot prizes. So when ever they saw a trick they liked they handed out a prize. It was nothing massive, just maybe a hat or a Tshirt. It was cool though because some of the riders jumped on the microphone to give other people shout outs for doing good tricks. 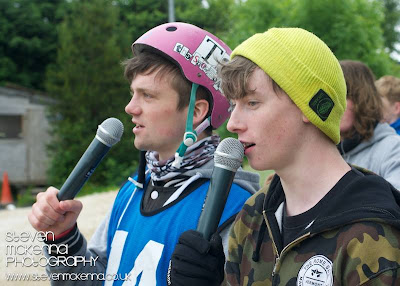 Then it was finals time. I was really nervous as I didn't want to be beaten by all these young kids who had been killing it all day. I thought I may as well try my hardest to win. My first run in the finals I did a switch 720 tail grab to shifty. On my second run I did a switch 900 japan. Both those tricks are my stock competition tricks for Bearsden. And since I landed them fairly well I thought I would try a switch 1080 japan on my last run. I managed to land that as well. So I landed three from three which was pleasing as I didn't expect to land any. haha. 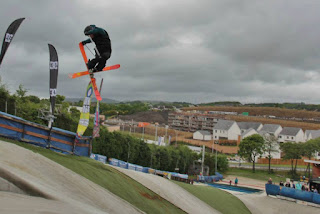 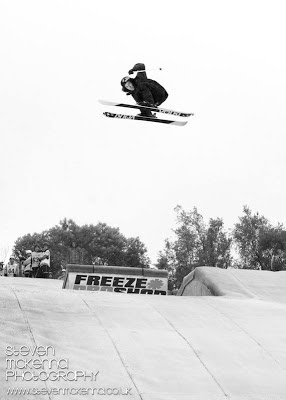 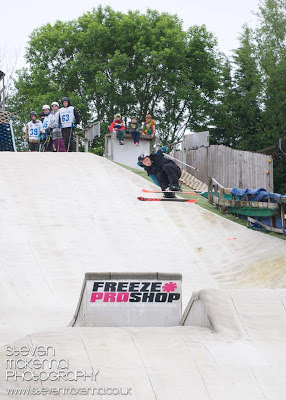 Luckily I managed to win the over 16's event which was a great result as a lot of the young guys riding at Bearsden are amazing. It is definitely the best event I have been to in the UK at the moment. It's fun. It's not just constant jam sessions as it has runs as well and it is a high level of competition. I would like to say a big thank you to the McCormick family for organising the event. And to Freeze Pro Shop for sponsoring it. It was amazing and I will be going back next year! 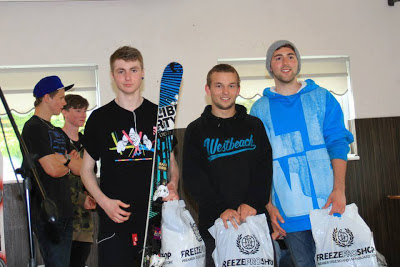 Posted by Murray Buchan at 21:35 No comments: