Yesterday I was lucky enough to receive a phone call asking if I was willing to go through to Bearsden ski club for a Local Heroes - Join In publicity shoot. Local Heroes is a program funded by Bank of Scotland to help give promising athletes a bit of extra funding so they have more opportunities to train. Thankfully I am one of them.

The Join In program is to help young kids get involved in sport so they asked me to do some tricks for a photographer. I was also with Pam Thorburn who is a Skier X racer and also a Local Hero. It turns out they are doing a newspaper article in the Glasgow Herald. So I had a small interview before skiing. 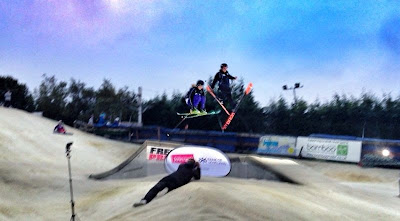 It is pretty difficult to get a decent shot on an iPhone so it is pretty blurry.

The photographer wanted us both to go off the jump at the same time but didn't want me to spin so I just had to do a straight air grab. It was pretty good fun. After that we spent some time doing portrait shots with the slope in the background with some kids skiing behind. 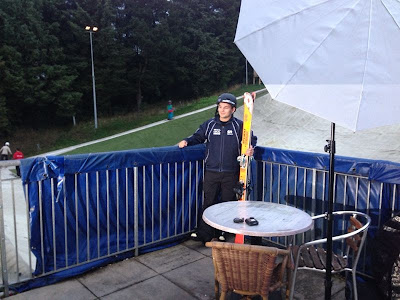 I haven't seen any of the photos on the camera I only have the ones from an iPhone. So the quality isn't great. It was fairly productive. The whole shoot was finished within an hour. So it meant I had a bit of time to actually go and have a fun ski. It was the first time I had been on dryslope since November so I was a bit rusty. 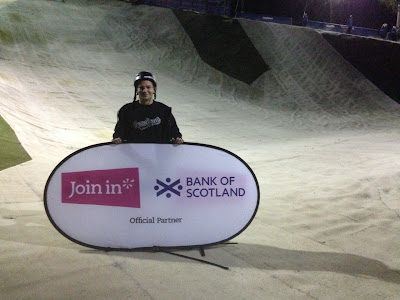 The article should be out on either Friday or Saturday. So make sure to keep an eye out for it!