Last week the British Ski and Snowboard team had a couple of days in Manchester with the British Olympic Association to learn about the upcoming Olympics.

It was our media training and drug awareness seminars as well as a media day at Chill Factor Snowdome. It was not what I expected at all. I thought it would be a boring few days but turned out it was actually very interesting and quite exciting.

The media training was very interesting to see the lengths that some journalists go to get a story and also what sort of things can get you in trouble on social media. The drugs talk was scary more than anything as I had no idea some of the things we will fail a test for. Things that you wouldn't even think of like Lemsip or Sudafed.

After the drugs talk the team and I got a chance to go to the Manchester Velodrome. It was by far the best experience I have had in a long time. It was amazing to see and it was not what I thought it would be like. It was strange being clipped into pedals without being able to take my foot out. Also being on a fixed gear bike was strange. 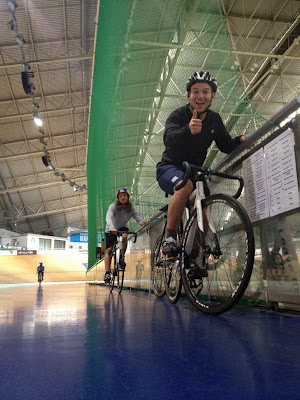 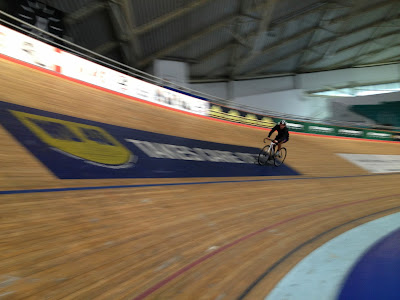 It was very tiring and worked completely different muscles than I was used to. It is flat out for only a few laps but it knackers you out. So much fun though.

The next day was the media and press day. It was great fun. Tons of reporters and tv crews were in the snowdome so it was full on. I first had an interview with the BBC doing the green screen style things for the Olympics. It was the first time I had ever done anything like that so I was nervous to begin with but once I got into it I was fine.

Once that was I finished I was straight out onto the slope to do some stuff for Blue Peter. This is was I was most pleased about the whole week. I just got to ski about the slope and hit the rails and jumps and do a small amount of talking into the camera and I got a Blue Peter badge for it. 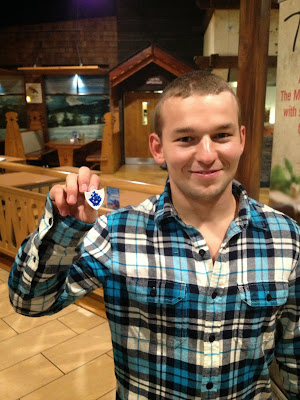 It was really cool and interesting experiencing all this for the first time. It was a bit overwhelming for me as I hadn't had anything like this before. Past Olympian Dan Wakeham was around during the day to offer advice on how to deal with it and things such as the media. 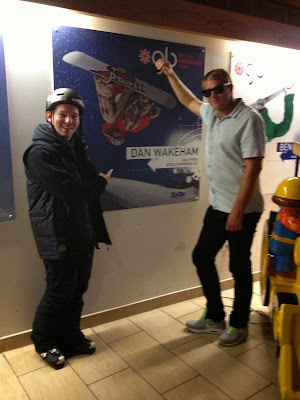 He was telling us about his experiences and how he coped with them during the Olympics. He was the first ever British Male Snowboarder to reach the Olympics so it is great to know him very well and get his take on things.

Overall it was a great three days and incredibly useful to find out all these little things I was unaware before.

Here is a short clip of me on the channel 4 news. I am the skier in all black with orange skis.