Just before Christmas I had the first World Cup of the season. I was very nervous as it is the hardest one of the winter. I wanted to put in a good performance so I could get a good result but also have a gage of where I would roughly place throughout the circuit with my run.

I had two days practise which was nice. But previously I had been skiing at Copper anyway. I was used to the pipe. So it wasn't too difficult to get into my run early on in the practise. Once both my practise days were up I had a day off due to the snowboard event being on. A couple of guys on the team went up to support Ben Kilner and Dom Harrington. 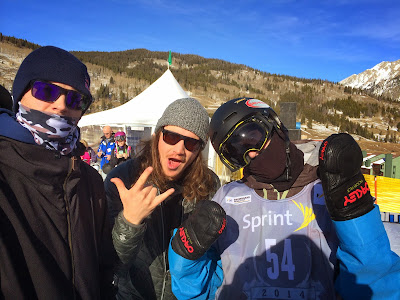 Ben and Dom both managed to get a score on the board but it was not the run they wanted. But it meant they both got some valuable points to help keep them in the run for Sochi. It was good to watch and it makes a difference having your mates coming to watch. So everyone made an effort.

Next up was me. I had three run practise which isn't a lot. It is all you need though. A run of straight airs and then into tricks after that. Practise went well and I was feeling good about my run. I had been struggling with my right 9's. They still need work but it was time for me to put it in my run. I needed to progress and by forcing myself to do it made me get over the fear of doing it.

I managed to land both my runs. I was really happy. They both were solid. Maybe not as clean as I would have liked. But it was still pleasing. Built some confidence going into Calgary just after the New Year.

The points difference is very close so a few tweaks in my run could bump me up a few places. This time last year I was in 35th place. So a year later I have gone up 10 places.
All the guys came up to watch and support. It was cool knowing that you had some support being such a long way from home.

After every event I would give Ben a piggy back down if he came to watch and when I would watch him he would do the same for me. 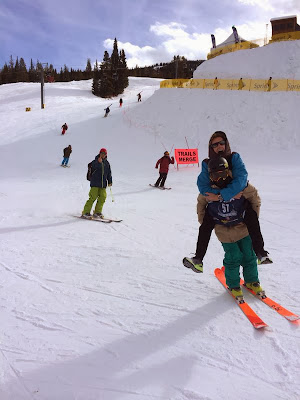 The next event is on the 2nd of January. And this will be the most important event for me as if I was to do well it would take a lot of pressure off going into the last event. I am after a top 18. 18th was my personal best last year so I am wanting to build on that this season going into the Olympics. 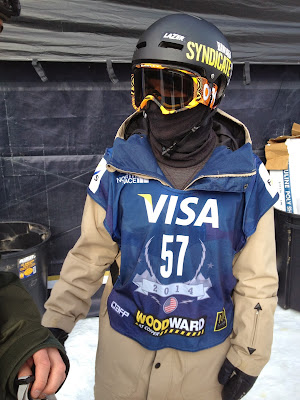 After my run. Happy. Can't you tell?