Check this out too - the first of a three part documentary on the GB Park & Pipe Team and see some behind-the-scenes footage from Colorado...
Posted by Murray Buchan at 10:32 No comments:

One Team To Sochi


Check out my episode from the One Team to Sochi series....
Posted by Murray Buchan at 10:26 No comments:

The World Cups are over!

Last week was the final World Cup Grand Prix to take place before the Olympics. It didn't quite go my way - the conditions were tough and I didn't manage to land my run. The weather was terrible which made it a frustrating event for me. All done now though, and I'm looking forward to the next competition, which will hopefully be in Russia! 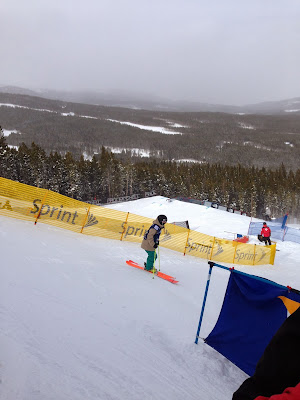 I needed to stay inside the top 30 of the world rankings to make sure I was eligible for selection for Sochi. Which I managed. I was very relieved to find out I was safe. And now it is just a waiting game to find out if I am selected. The release date for the team is the 22nd of January. So not long now. 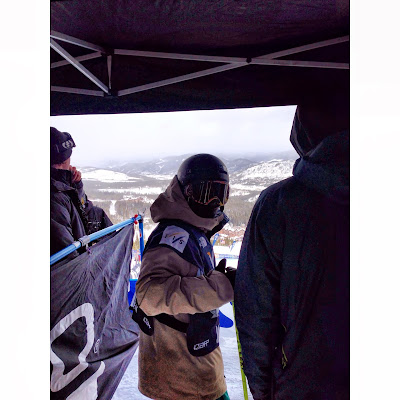 It has been a stressful year chasing points and results. Bad weather, obscure places and a hell of a lot of travelling. But thankfully now I have done all I can to go to Russia and it is just a waiting game. Regardless of if I go or not I am happy with how I have skied and feel I have progressed a massive amount. I've had a great time training and competing. Hopefully I still have the same opportunities and can keep progressing and doing well.

I will keep you updated as of the 22nd but until then fingers crossed! 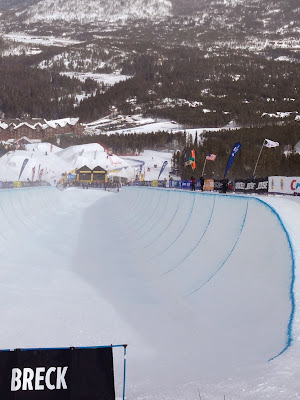 Posted by Murray Buchan at 22:40 No comments:

On the 31st of December I flew from Denver to Calgary. I only had one days practice because FIS changed the dates of the event. So I booked that far in advance it was too much to changed them.

When I arrived the pipe was in terrible condition. But the first day of practice it was a lot better thankfully. I was struggling in practice. I just was not skiing to well. And throughout the whole event I didn't ski to well. But thankfully I got another good result. 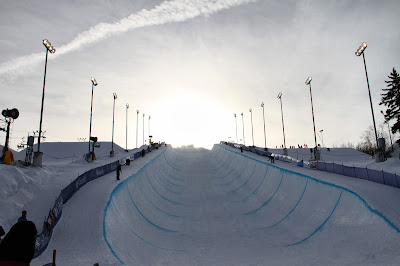 The light was flat on competition day and it didn't help the halfpipe being constantly in the shade. There was a slight delay during the event because the sun was right in the judges eyes so they couldn't see much. I managed to land my first run. It wasn't the best run I had done. I had a lot of problems with my first 3 hits. But I managed to get to the bottom and get a reasonable score. I was in 9th after my first run. But then I dropped to 13th. I was still really happy as it is my best ever finish and I also think it's the highest placing any British halfpipe skier has had. 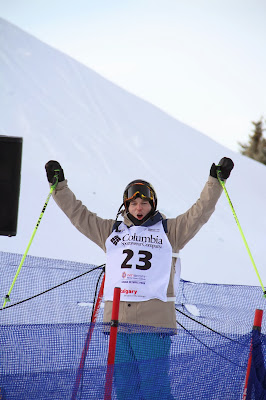 As you can tell by the photo I was happy that I landed my first run. Unfortunately my second run didn't go according to plan. I butt checked on my last hit and it was a much cleaner run. So I was pretty frustrated. But I guess these things happen. I still have a lot to work on and I also want to add a few more tricks. possibly 2 if I can.

Still really pleased on my result and being the highest placing British male skier. So hopefully the next World Cup in Breck goes my way as well. It is another step closer to selection which is good!

Posted by Murray Buchan at 10:32 No comments: