On the 1st of December I flew to Denver to finally get back on ski's after a really chilled summer. Unfortunately it did not quite have the ending to the time off I had planned. I ended up getting an inguinal hernia and it turned out to be a slightly bigger set back than I expected. It turned out to be 4 weeks post op till I was back on skis and then another 2 weeks after that till training properly again.

After a slight bit of bad luck I got some good news. One of the Snowboarders, Ben Kilner, through a friend got a couple of us box seats to a Bronco's game. It was my first ever NFL game and it was an amazing experience. It's very different from any other sporting event I have been to. There was hardly any away fans. 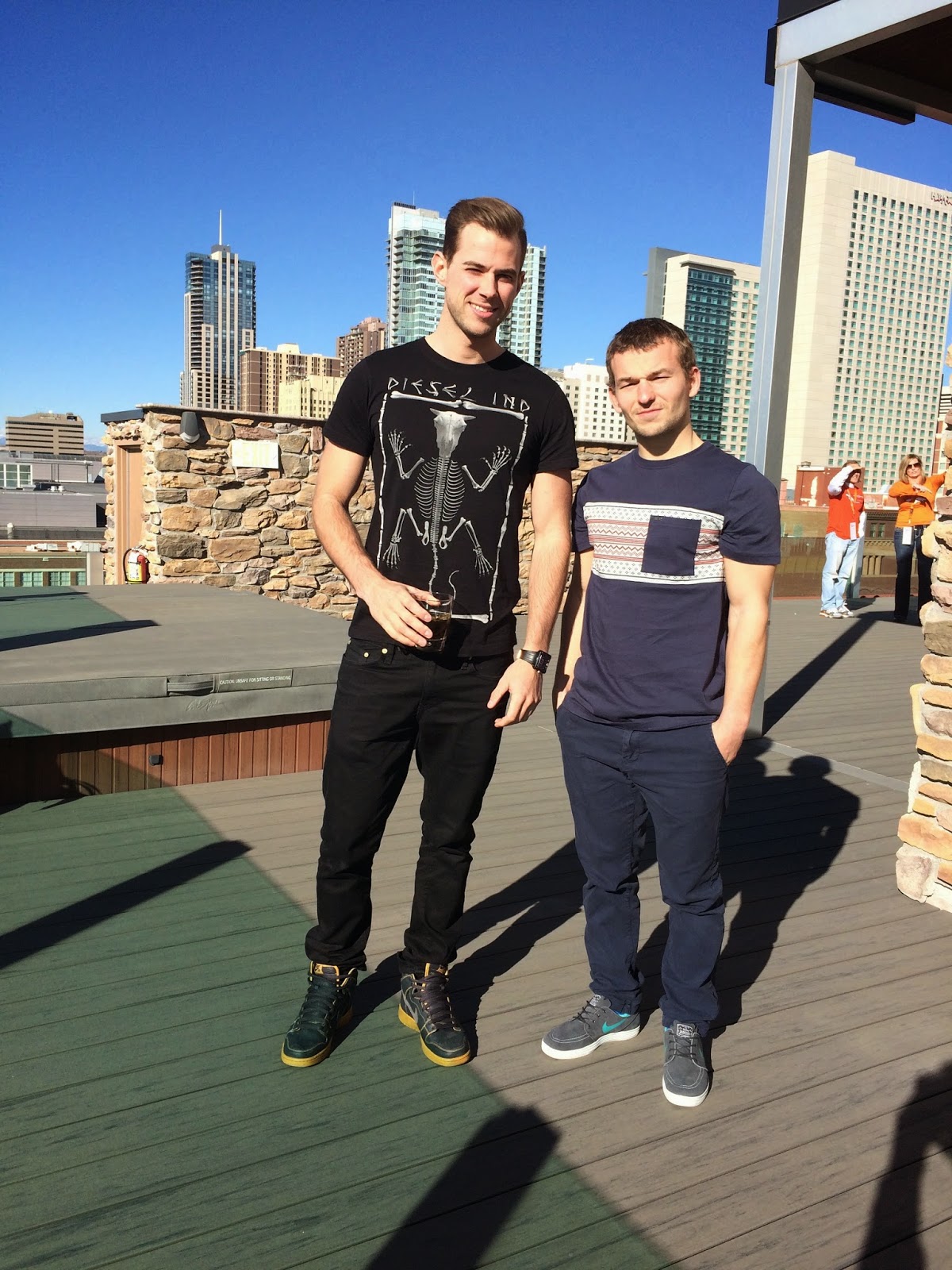 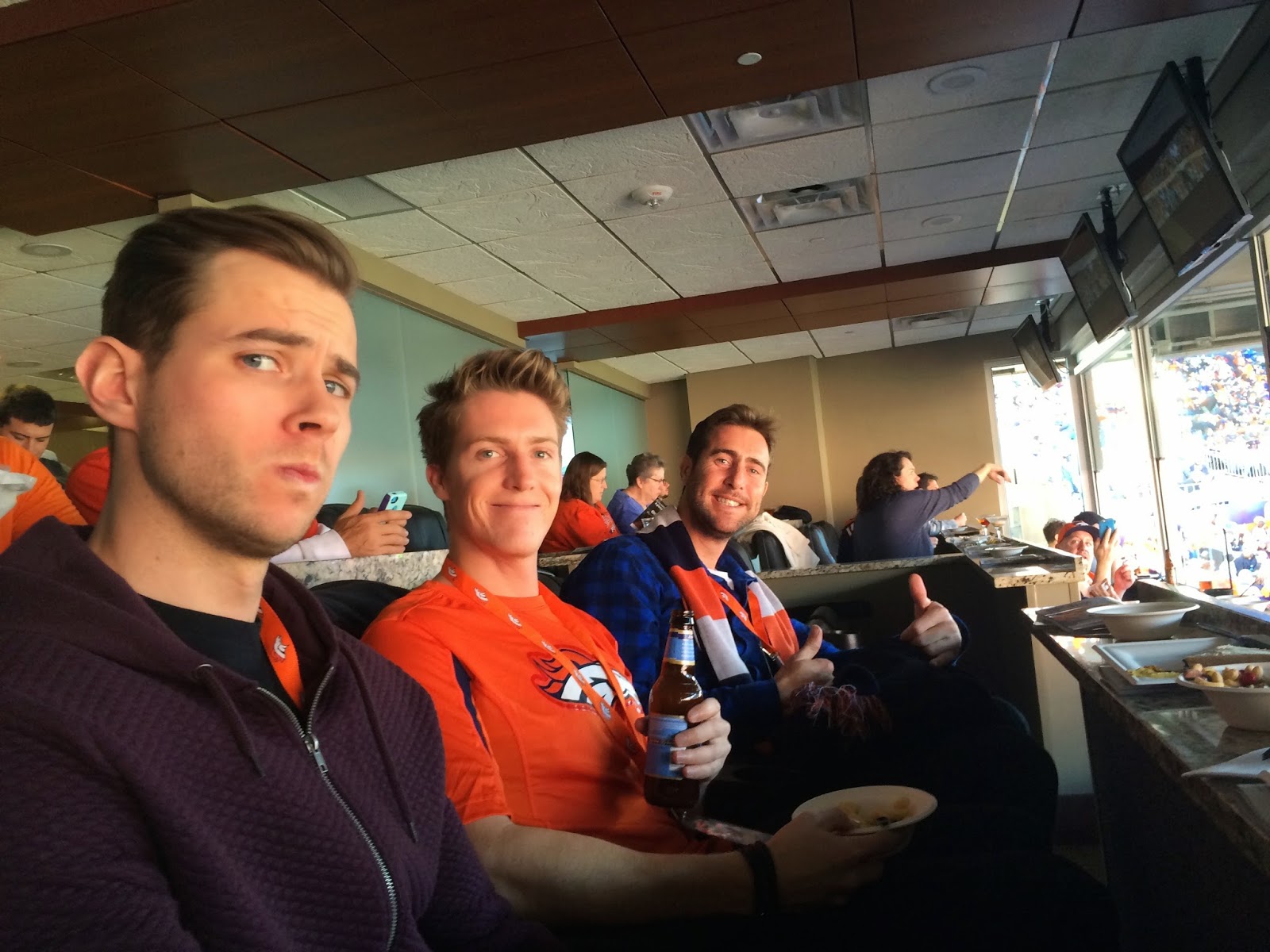 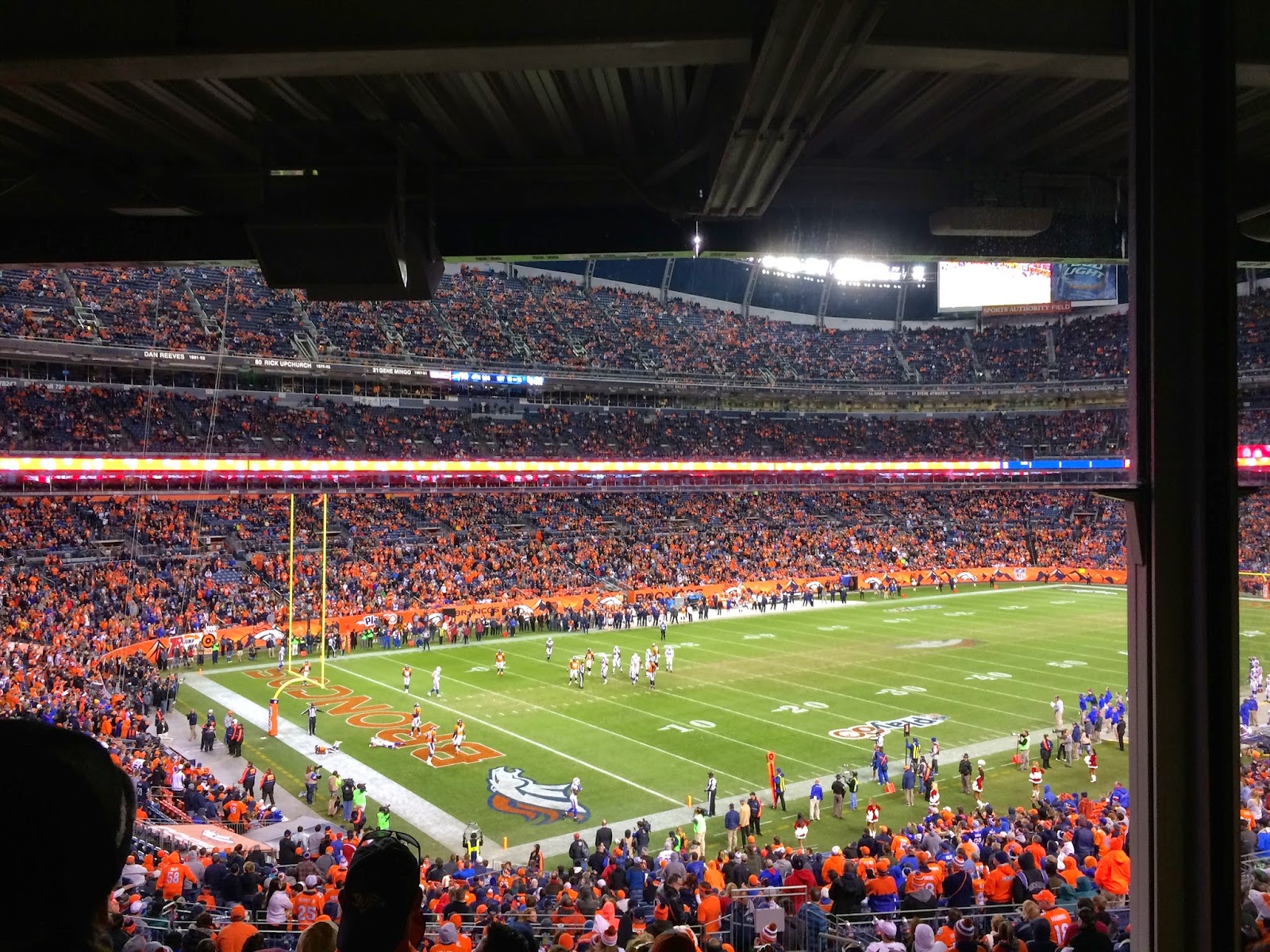 Later that night the 4 of us drove back to Frisco where we were living so the next day we could get back on top of training. But very rarely did the weather cooperate with me this season. It seemed to wind, snow or flat light which made things very frustrating. When things did clear I knew I would have to take it easy since I was coming back from the hernia surgery. But after a summer off it felt amazing to be back on skis. The first couple of weeks back skiing were spent at Keystone mainly as not much was open in Breckenridge. They were still in the process of making snow and getting things ready. 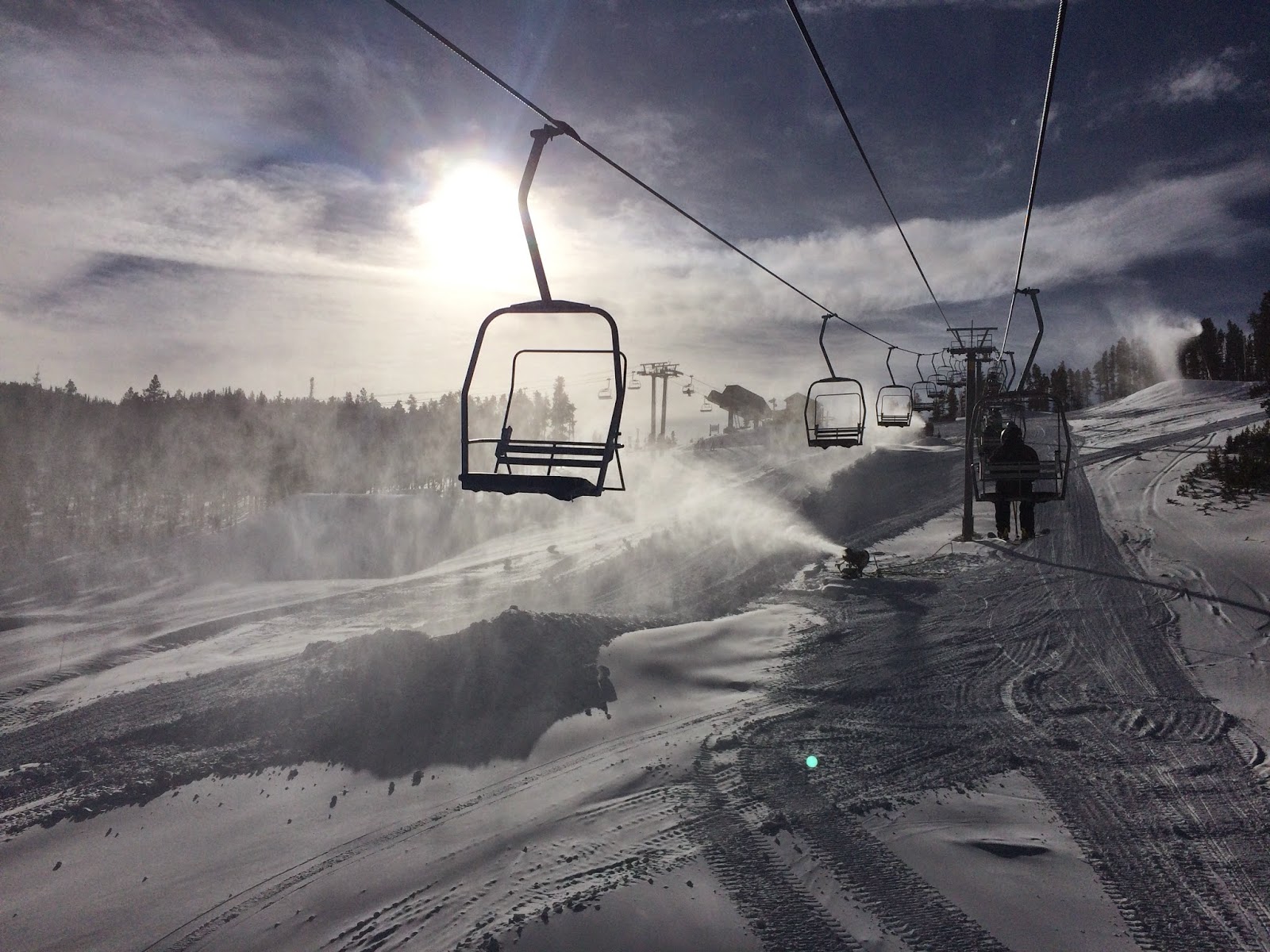 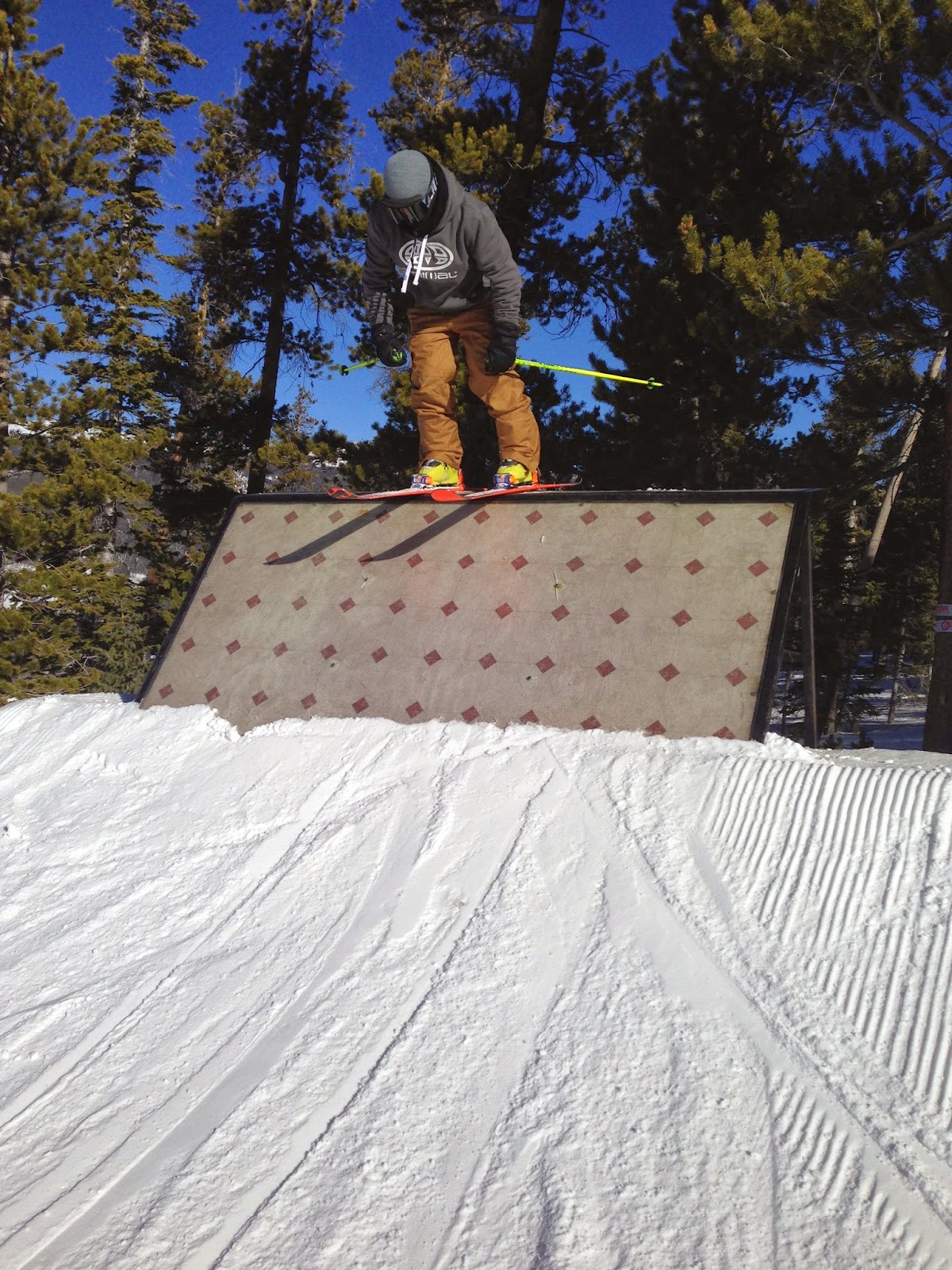 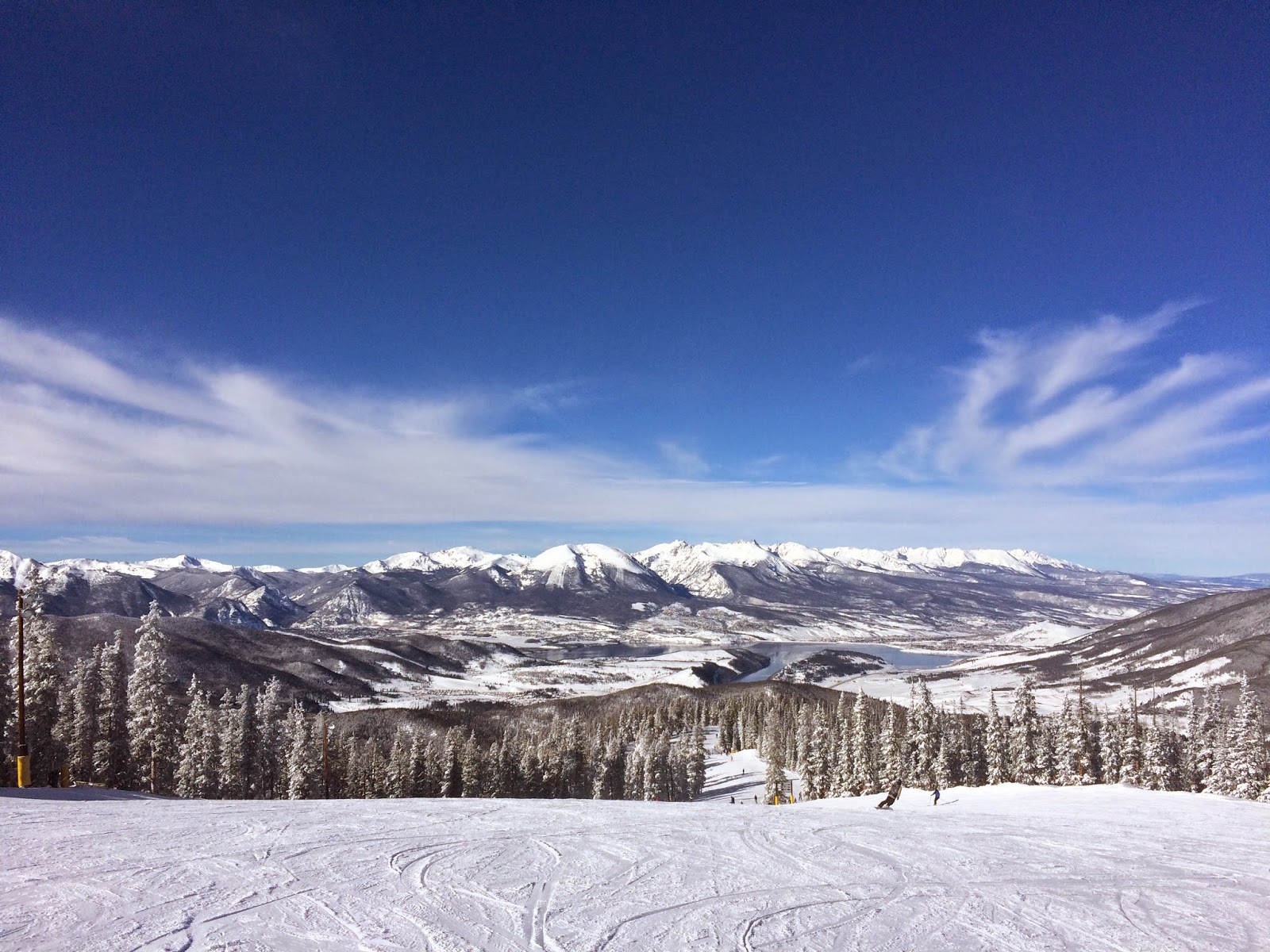 As soon as Breckenridge opened that is where I wanted to ride as it has one of the best halfpipes in the world. Along with arguably the best park(if the weather holds out). The weather was good for the first few days and then it came in just in time for christmas. It was a blessing in disguise as it meant me and the rest of the team staying out over the festive period could relax a bit and not stress to much about learning new tricks and training. All of us could just switch off and have a bit of fun.

After the New Year I knew it was time to get my head down and start working hard again. I had a filming project with Josh Birch which I really wanted to concentrate on. So the majority of my focus went into that. I found it to be a good way to get through a big trick list because I wanted a lot of them in the edit. It was really easy working with Josh as we both had a fairly good understanding of what we wanted/needed out of each other. I have faith that he will make a good edit and I am really excited about seeing it! 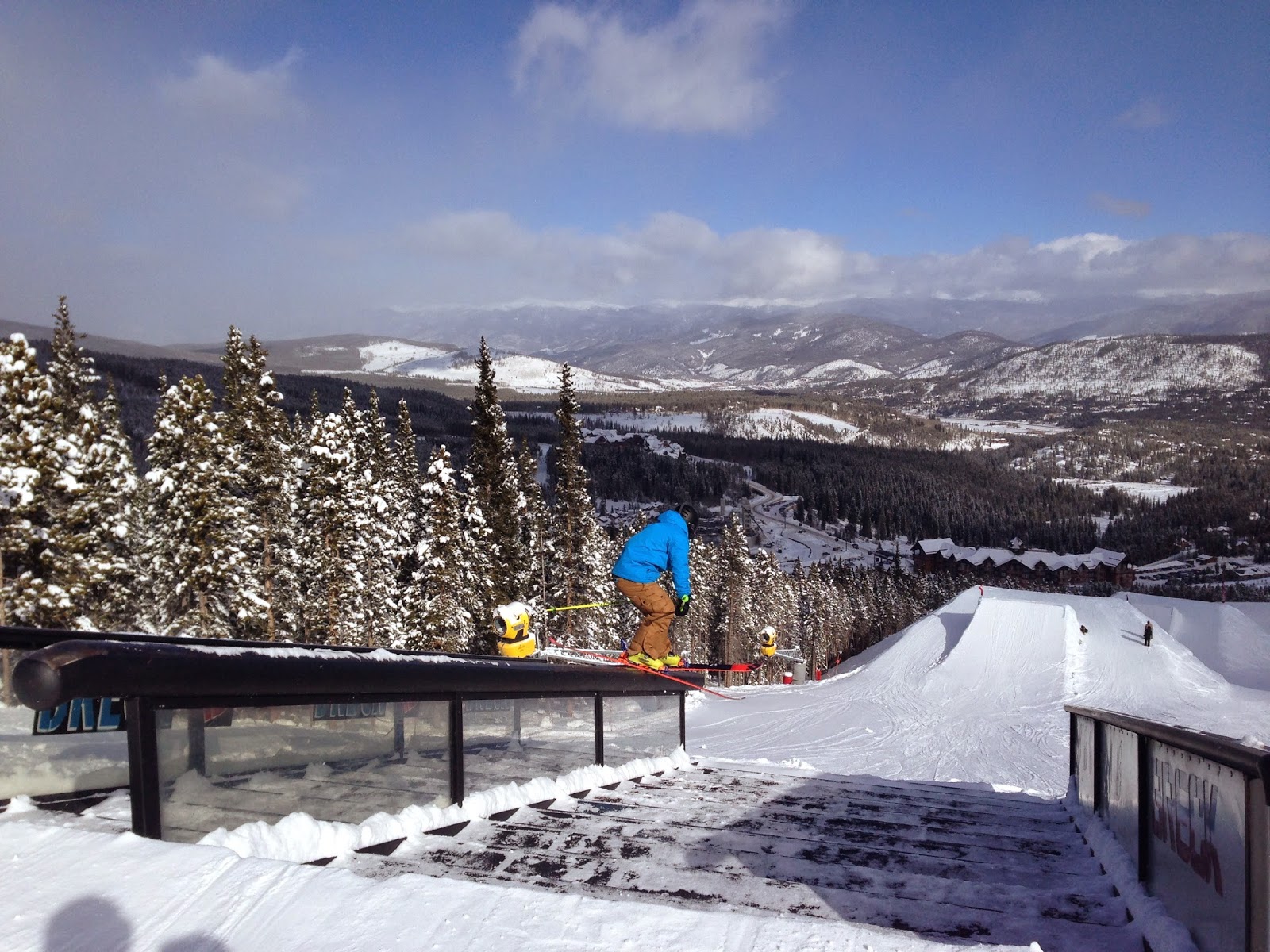 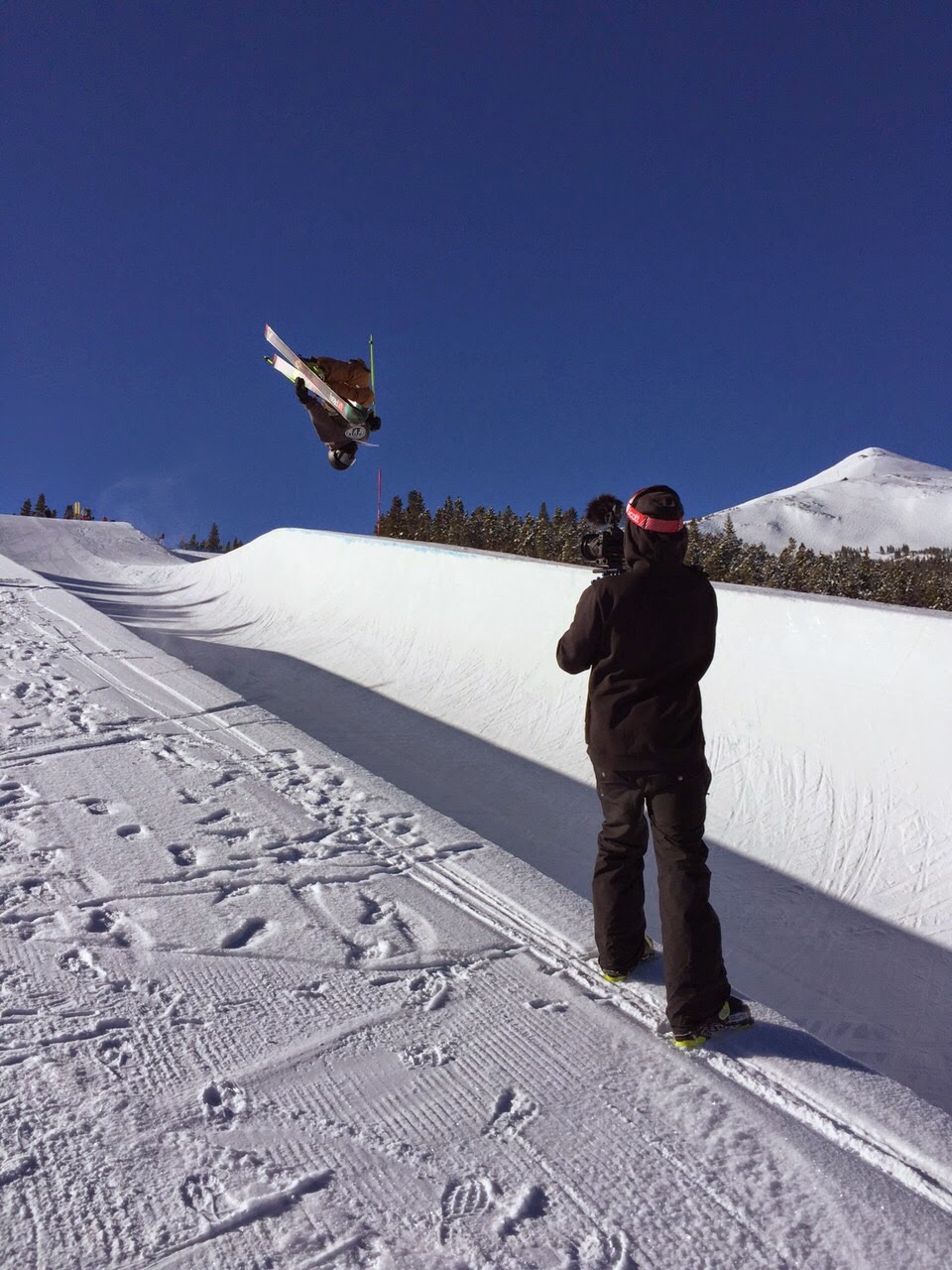 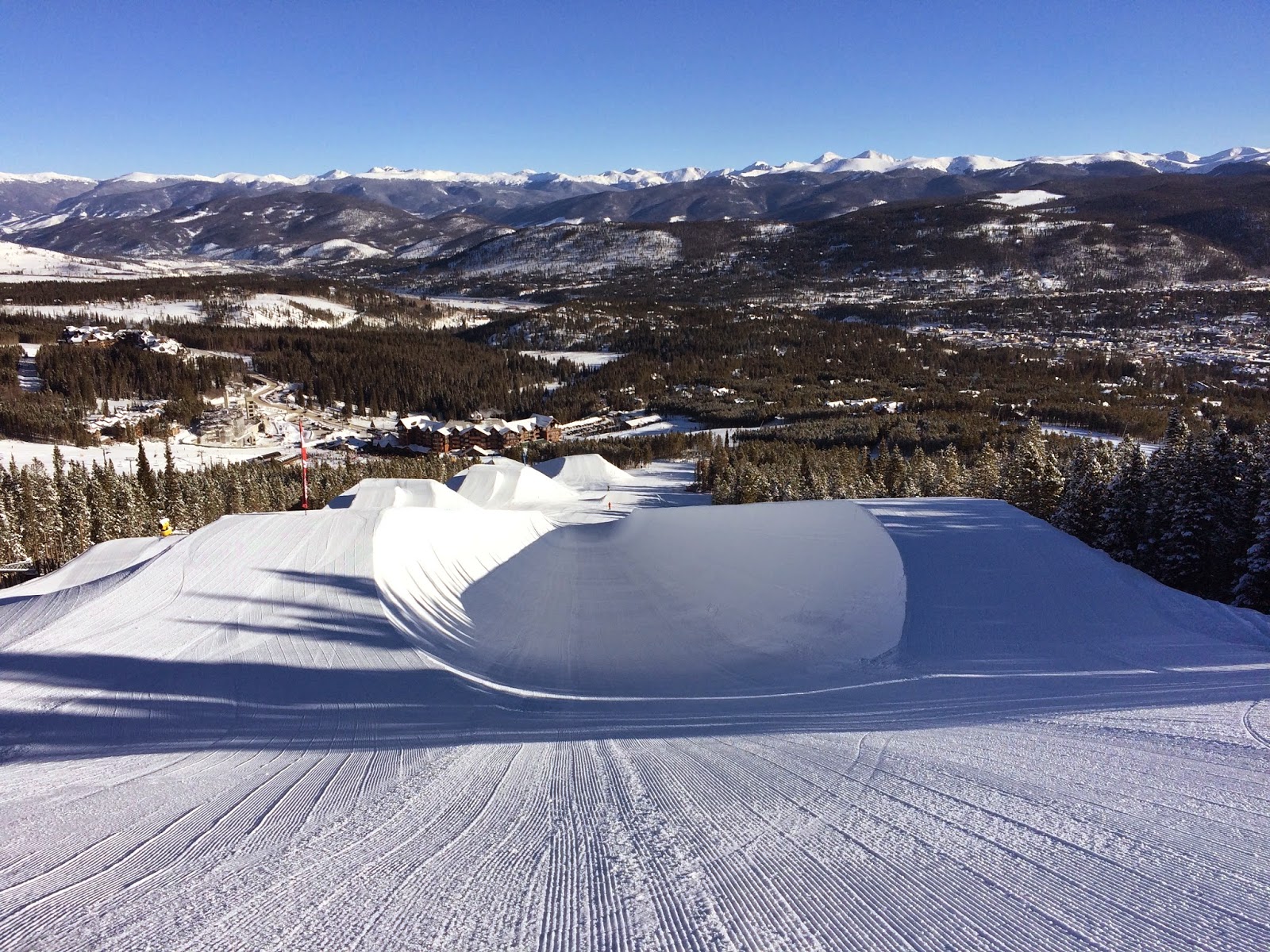 The next trip for me is the World Championships in Austria. I fly to Munich next weekend for the week. It will be my first contest since the Olympics so I am really excited to compete and hopefully I can get my run down. I might be a bit rusty but I think I will manage ok! 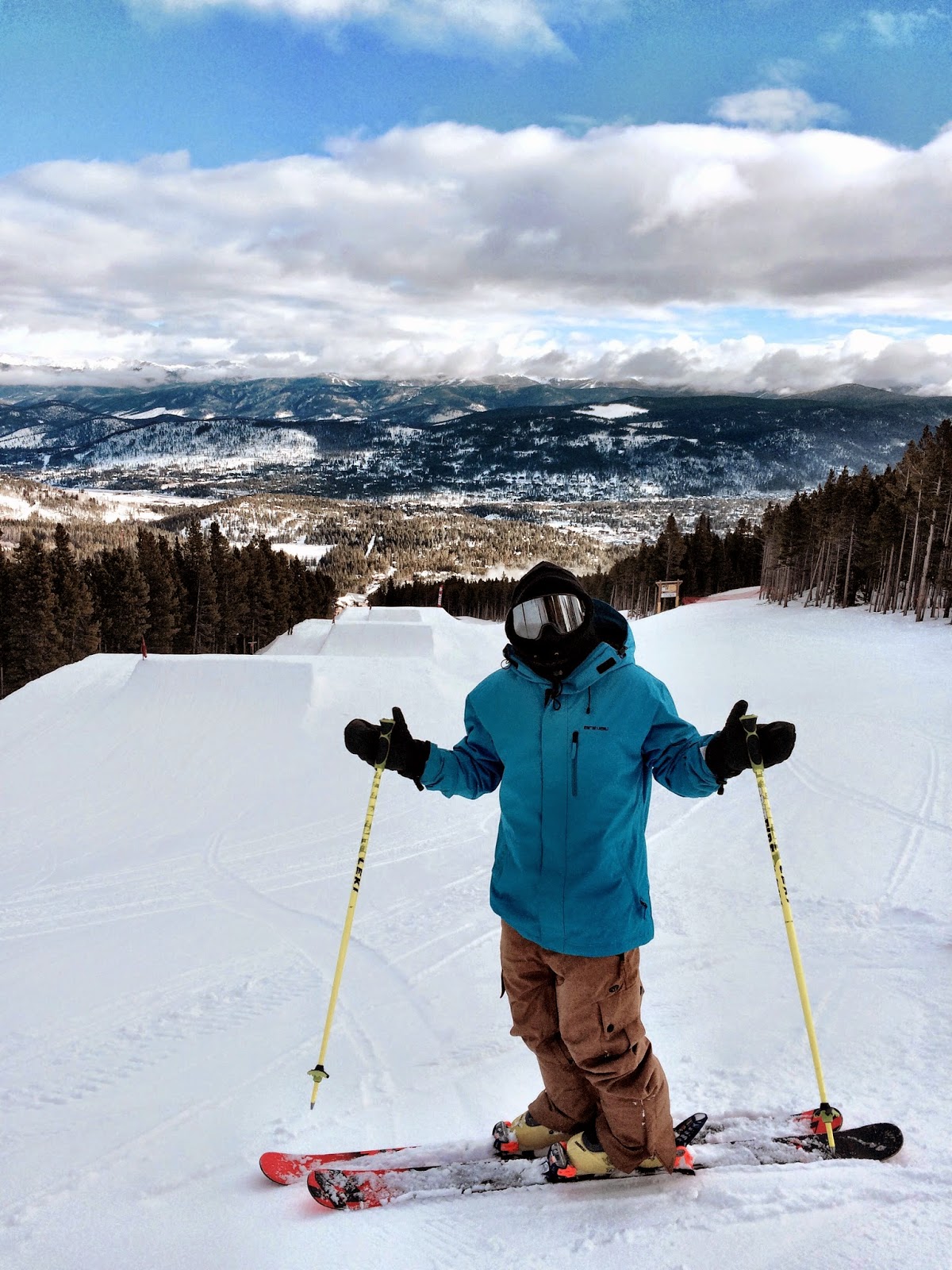 PS. I don't expect anyone to read any of that. All I do is look at the pictures...

Some big news coming soon! Hope you all enjoy.