Thankfully I left Breck when the weather started to come in. I think I timed it fairly well(pure luck). I flew to Salt Lake City and then drove up to Parky City. It was a pretty rubbish journey actually as my flight was delayed by over 2 hours meaning I didn't get into my bed in Park City till 3am. It is only a 30 minute drive from Salt Lake!

The weather for the majority of the trip was glorious sunshine. It was so so warm it was like skiing in the summer. I absolutely loved it. All the sun brought on a pretty big problem though. The halfpipe was starting to collapse. It meant it wasn't in a very good way. The left hand wall was very over vert meaning it spat you into the middle of the pipe making it very hard to a straight air let alone any tricks. 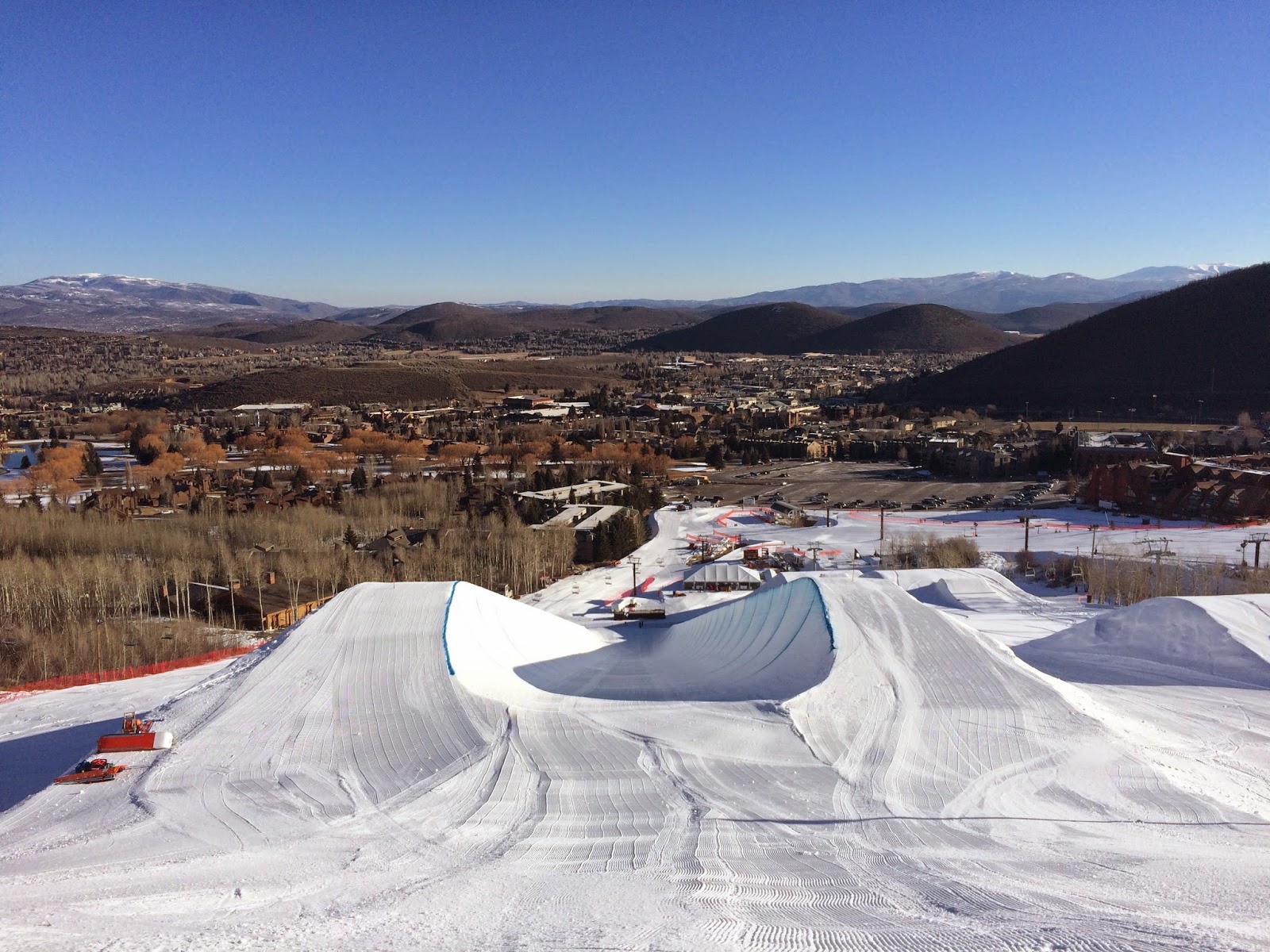 Since there wasn't much training to be had I just spent the first week enjoying myself and skiing the park. It was nice to ski some rails and jumps even though they weren't in very good condition due to the warm weather. To get around this problem everyone went night skiing a couple of times which was great fun 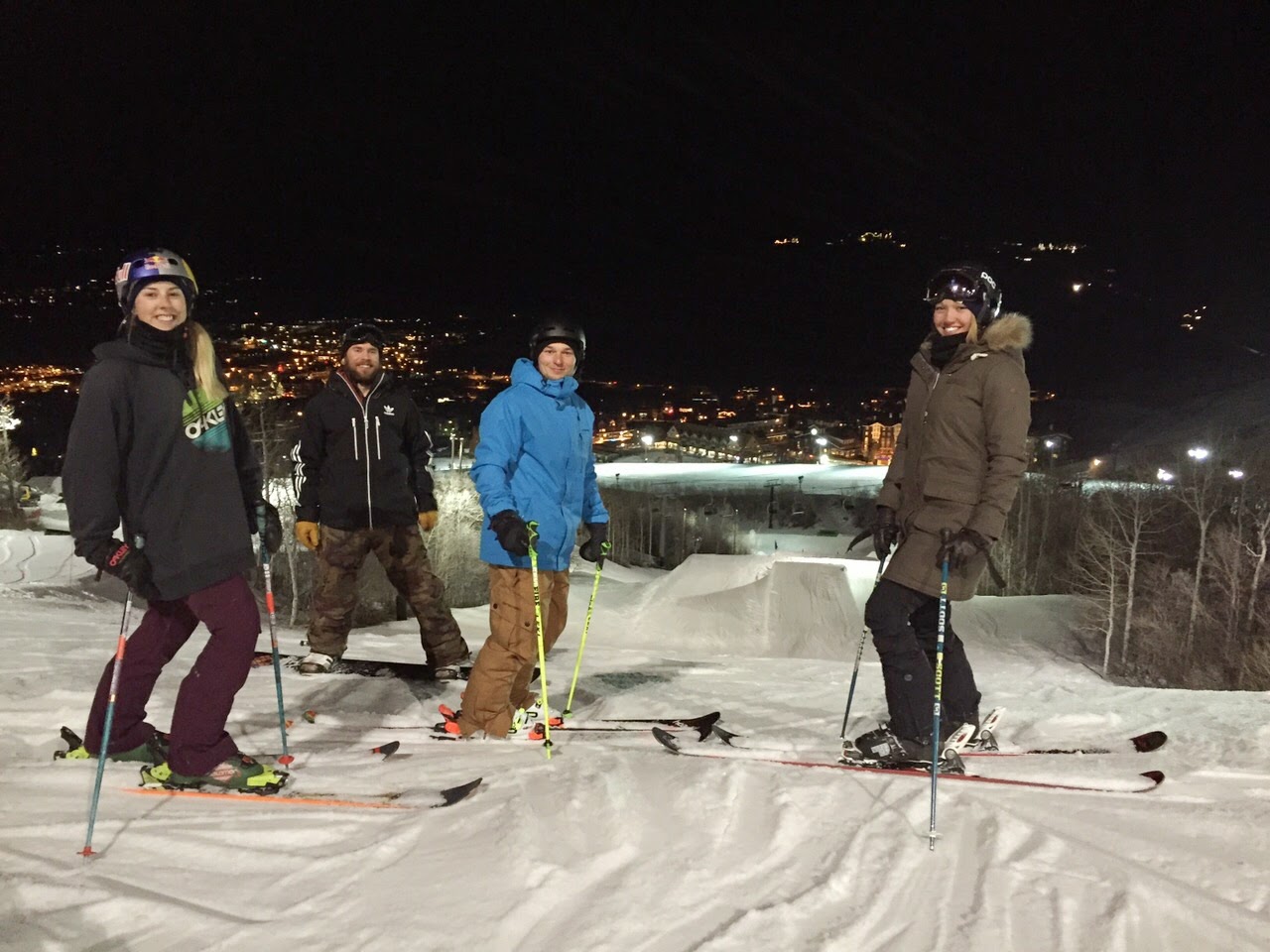 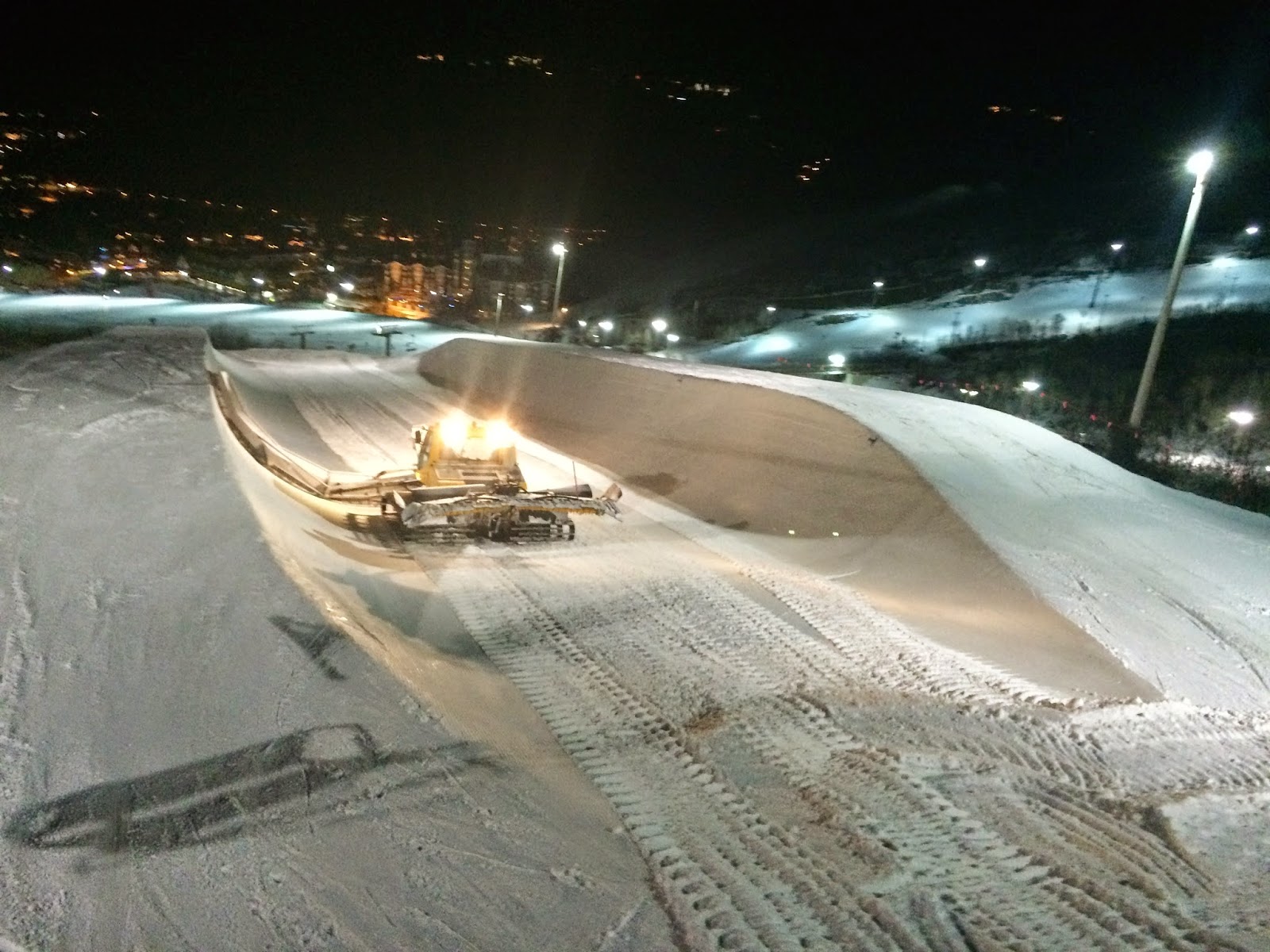 Training went fairly well for me. I was really happy with the halfpipe and since it was a bit colder it meant that it held its shape better during the day. It was probably the best halfpipe I have skied all year. I had 2 days training which I used the full time and then it was contest time. 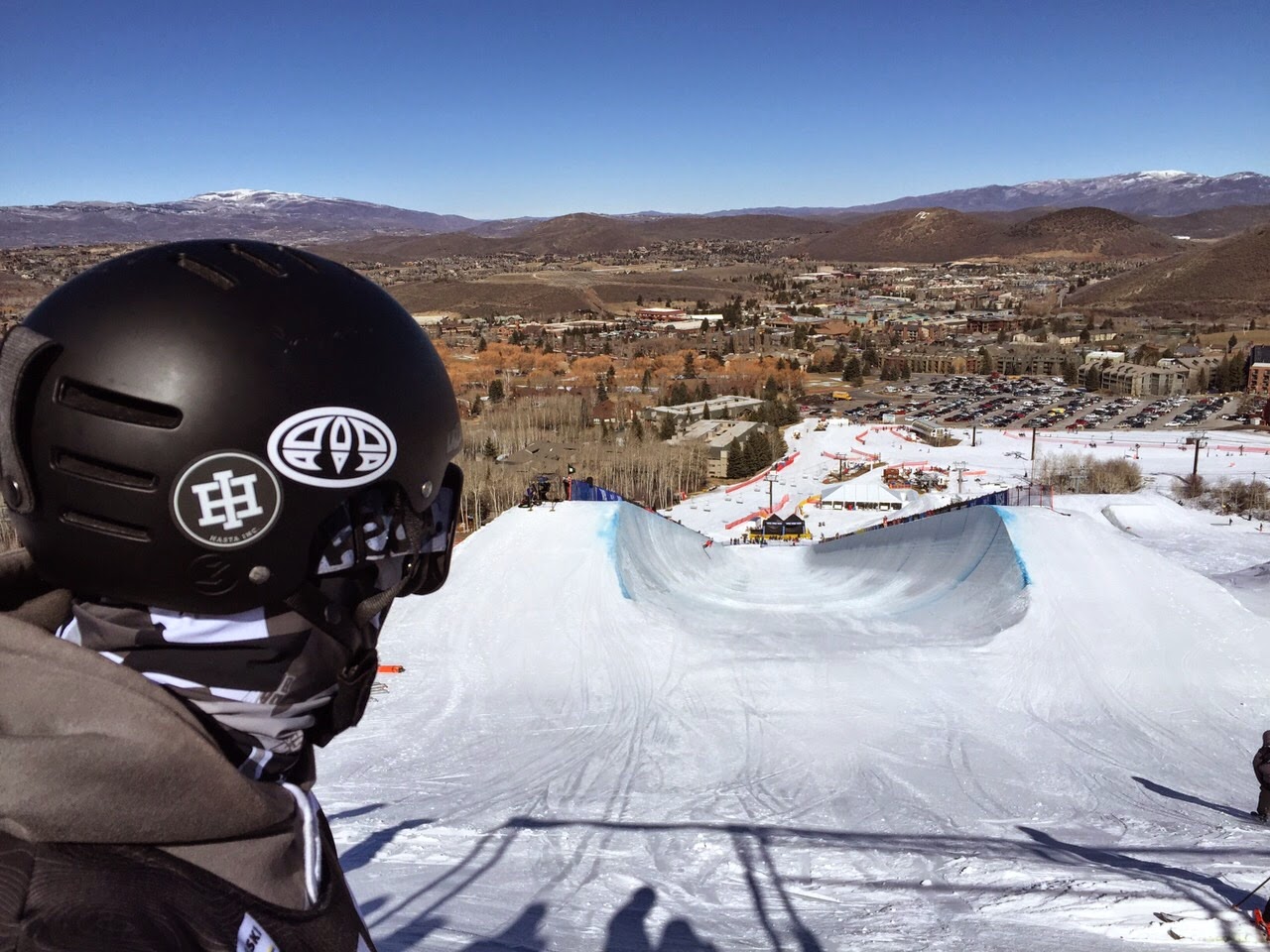 My first run went really well and I was very happy with it. I was back skiing with a bit of confidence and pushing myself again which was the first time since my hernia I had been back on it properly. My second run I crashed pretty hard. I messed up my double and landed pretty hard on my side. Nothing serious thankfully, just a bit bruised and battered. It was the first time I had done my doubles since Russia. So I was nervous doing them but knew I really needed to. 23rd was my final placing. Fairly pleased with how it went and feeling good about my skiing again.


Here is a picture of me taking a picture of a moose. I was told after that they are actually quite dangerous but I was fine and it just ran off. 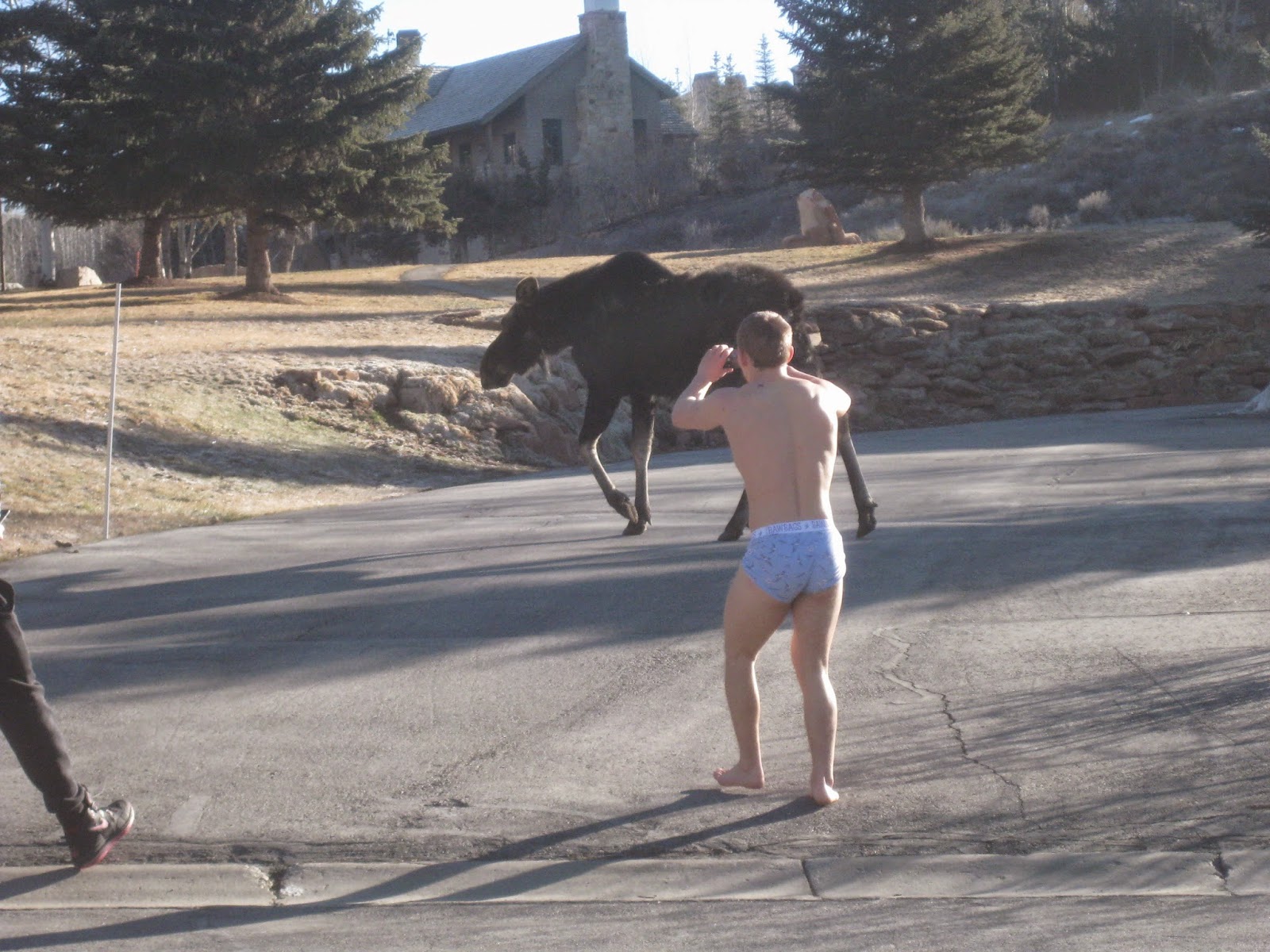