Early March I was lucky enough to be invited on a small filming project with Animal to Laax with Dom Harrington and Johno Verity. Throughout the winter I had seen photos of Laax and their park. It is safe to say it is the best park in Europe this season. By a long way. 4 perfect jumps and the biggest halfpipe in the world! 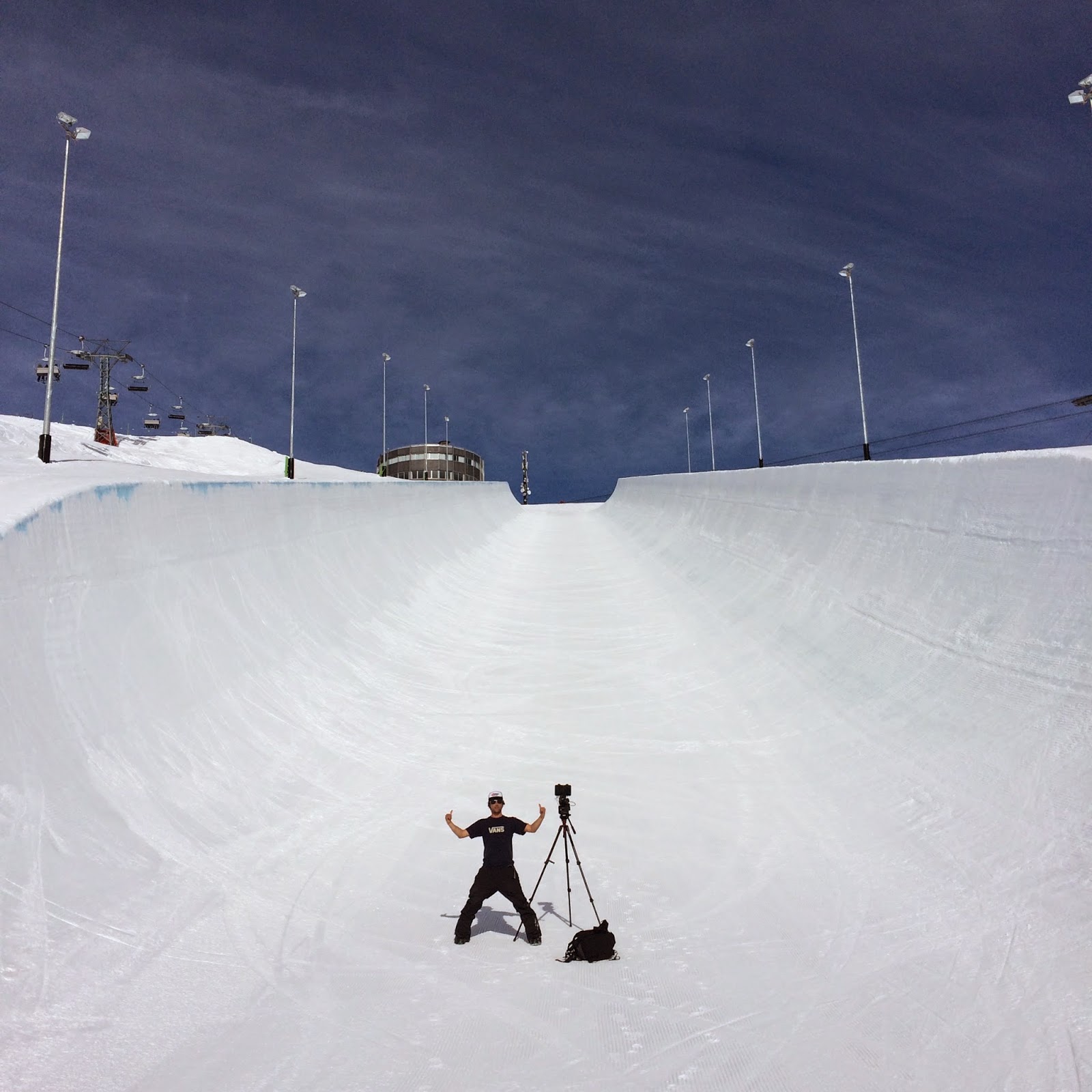 We were very lucky with the weather as we were only in the resort for 4 days and we got 4 days of glorious sunshine. It made it really productive but it was almost to hot to ski at times. The halfpipe has a small drag lift right beside it meaning the lap time is so short. 3.30minutes exactly. I was absolutely knackered by lunchtime. 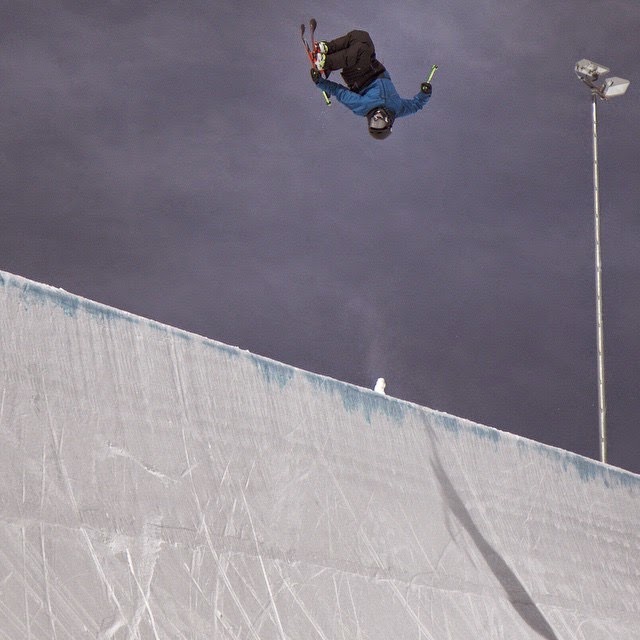 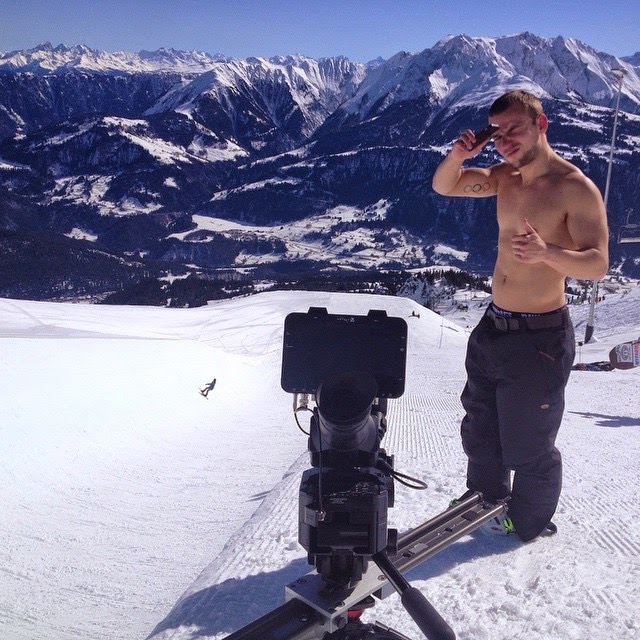 It was an intense few days but the edit should be really fun and great riding at the same time. I am looking forward to seeing it. 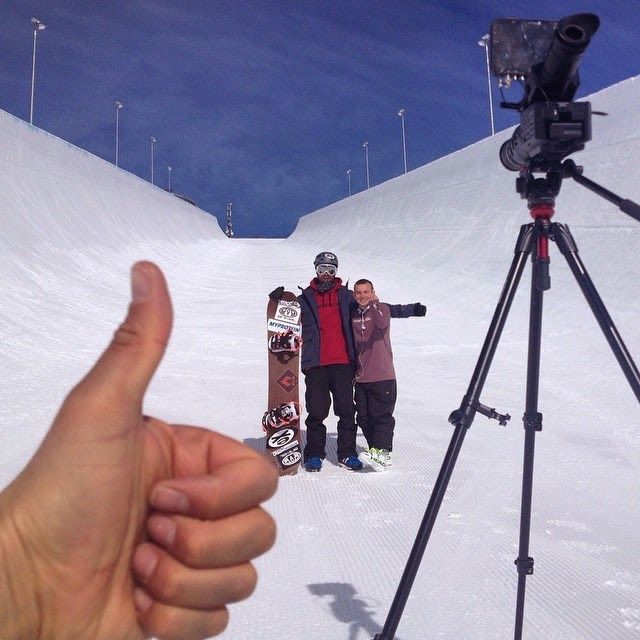 After that I got a lift to Geneva airport where I was met by Jamie Matthew. Together we both drove to Tignes for the SFR/ World Cup Finals. Because I was in Laax I missed all the training for the contest. I only got 4 runs before the event started meaning I didn't manage to get the best run I could. I still put something down and ended up 18th overall. I was actually really pleased with it even though it was not quite what I wanted before arriving. I didn't expect many people to go to it. But it turned out to be be all the top guys. Pretty much the X-Games field. 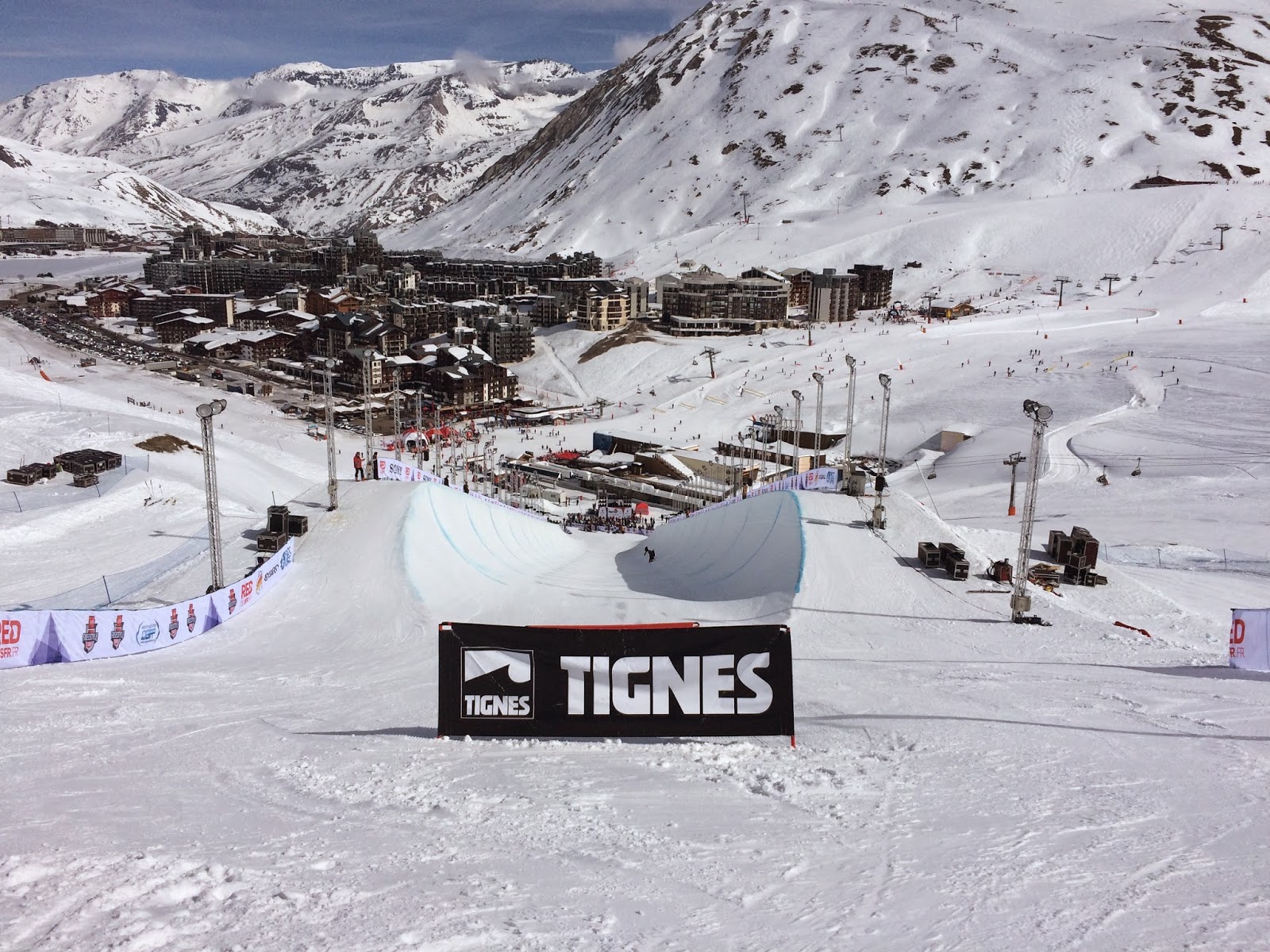 I didn't make the cut as my run wasn't really good enough. So since I had another 2 days in Tignes with Jamie we spent it skiing. It was one of the best days of my season so far. The pistes were empty and I had fast skis so I had such a good time bombing around. What made it even better was the weather. It was blue skies for all 4 days. 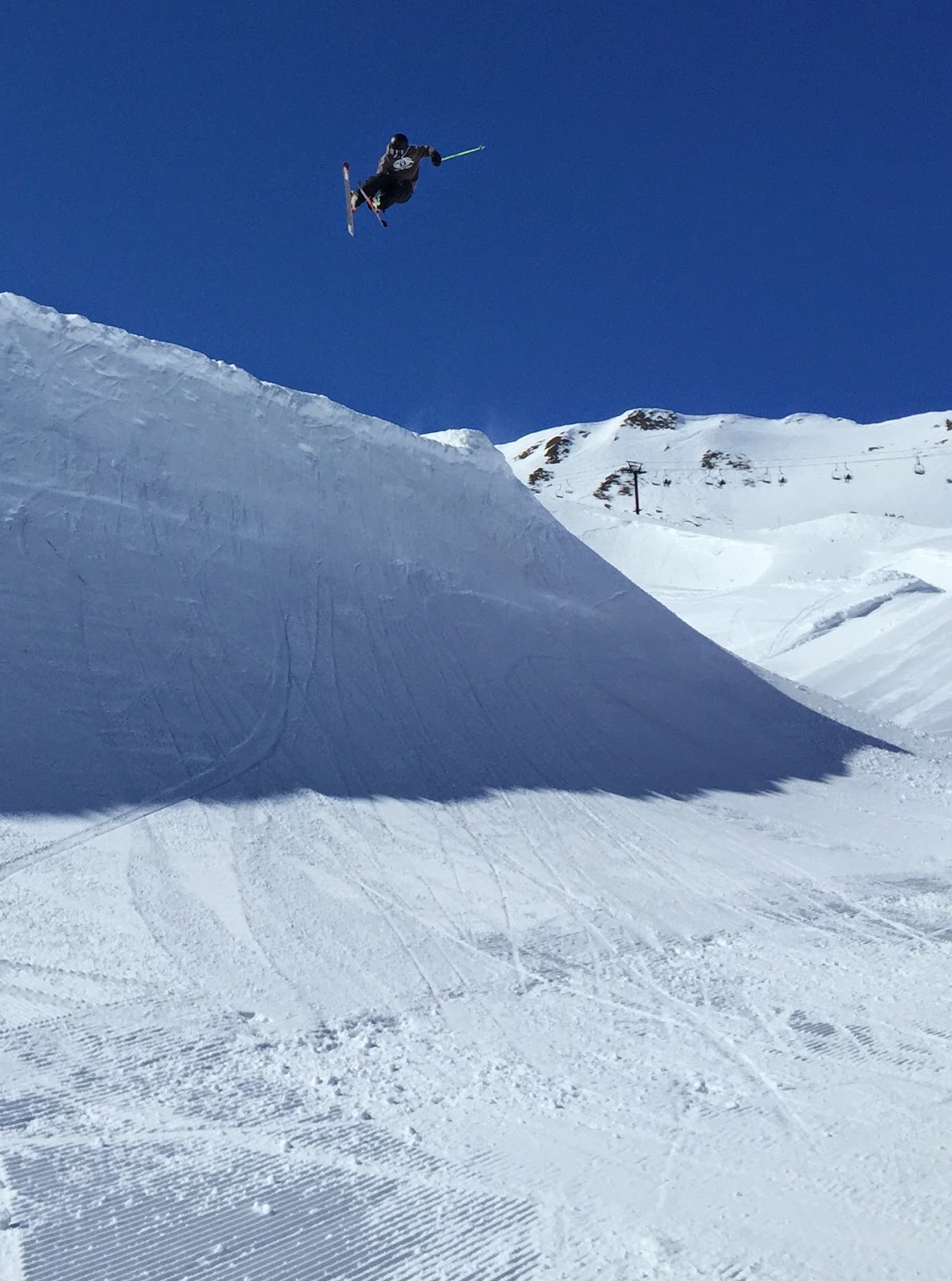 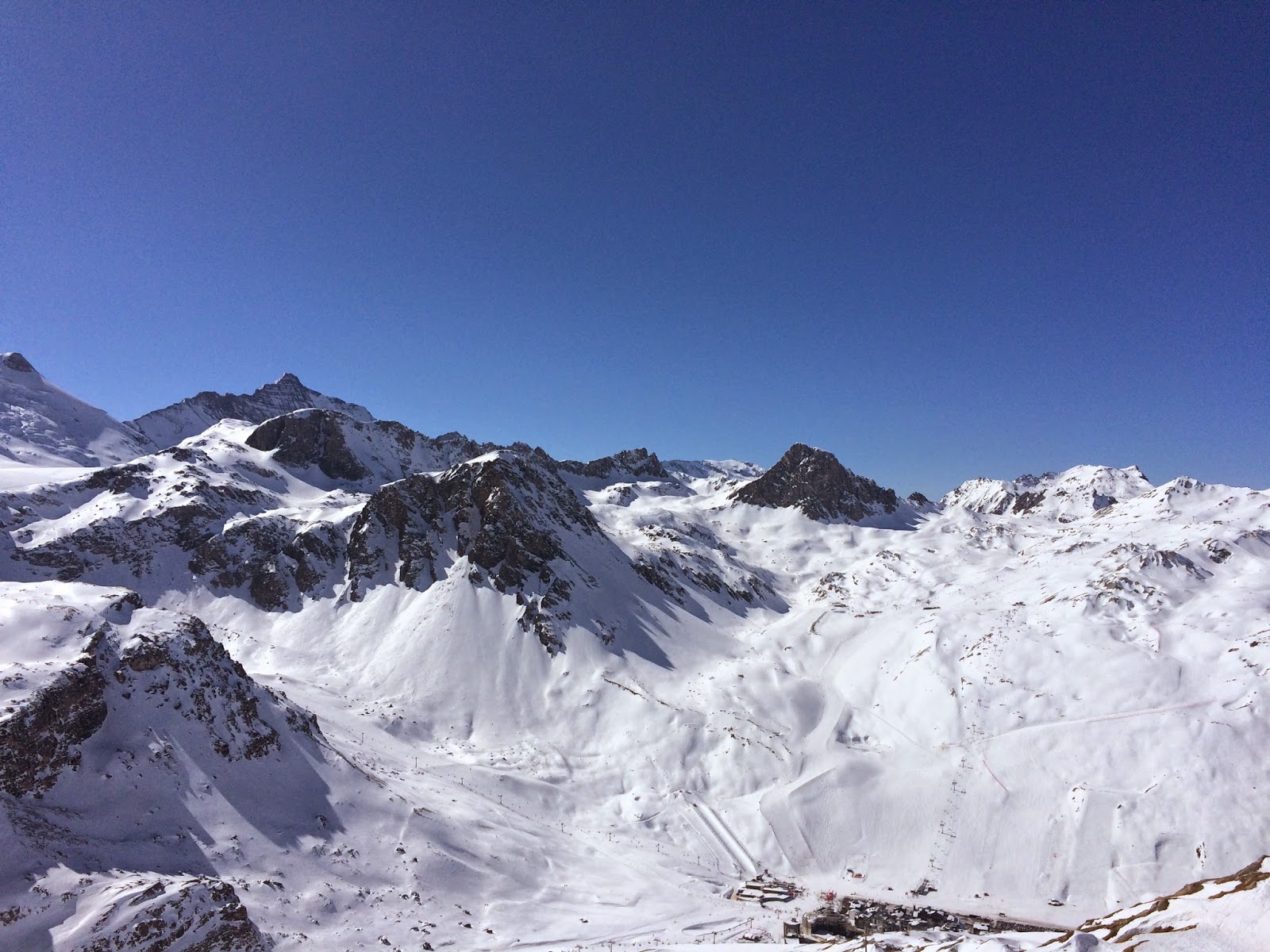 I am not the biggest fan of Tignes as a town so I was very happy to be leaving. Jamie and I were heading back to Laax. We decided to go the long way round and went through Italy. We took our time and ended up stopping at a few nice spots including Lake Como. It took us 2 days to drive from Tignes back to Laax but it was worth it seeing as we got to see some of the country which we never usually get as all that seems to happen is fly in, compete and then fly out. 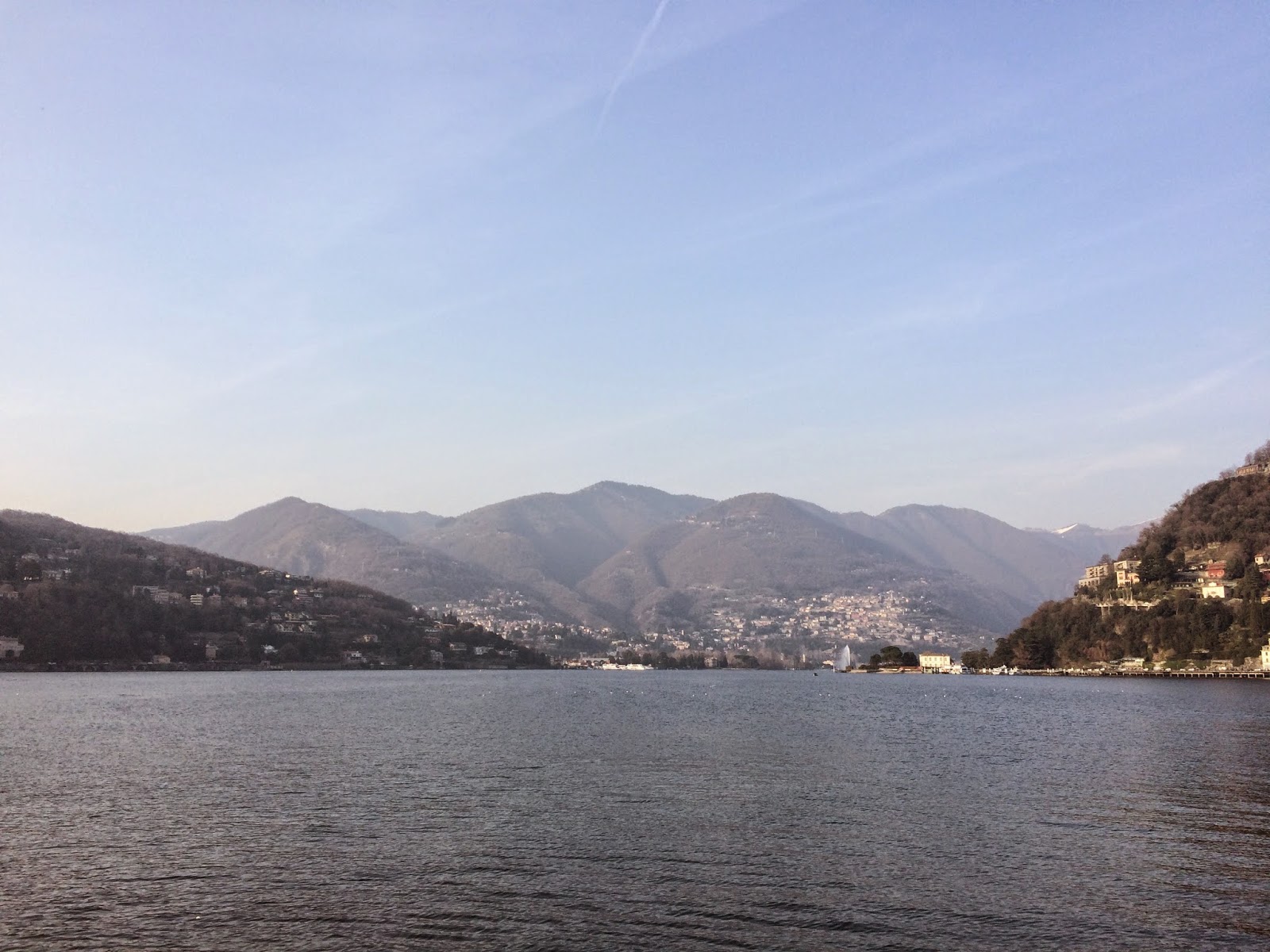 My luck had ran out and the weather in Laax wasn't great. I was really looking forward to going back because of how good it had been before going to Tignes but the weather just did not cooperate. I managed to ski a little bit but it wasn't as productive as the first trip. I think the camera's gave me a bit of Kodak courage ;)

I still managed to work on a few bits and pieces so it wasn't a complete bust. I found it tough though because in the back of my head I knew I had to go back to Tignes for the Brits and it was going to be a mission! 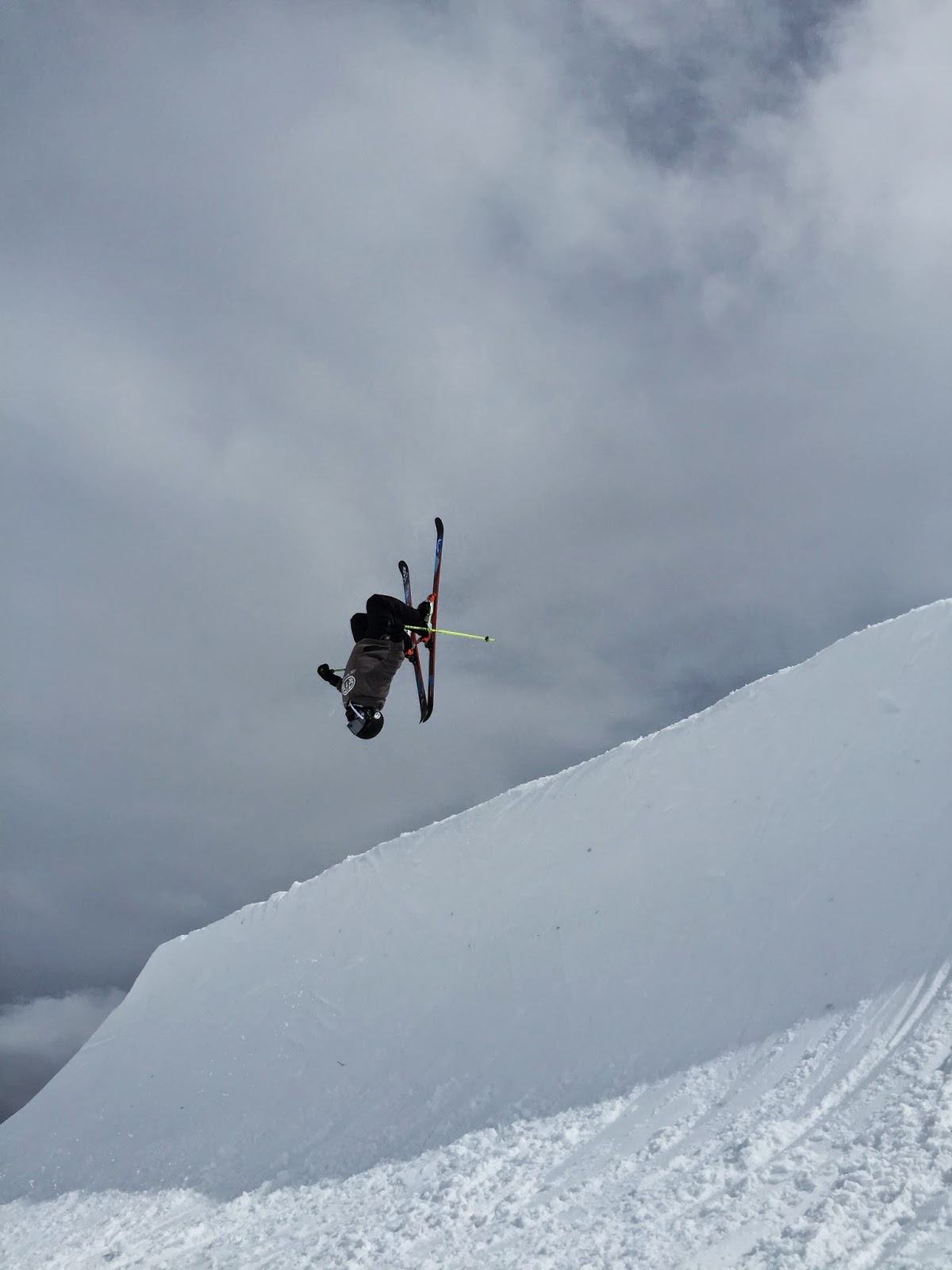 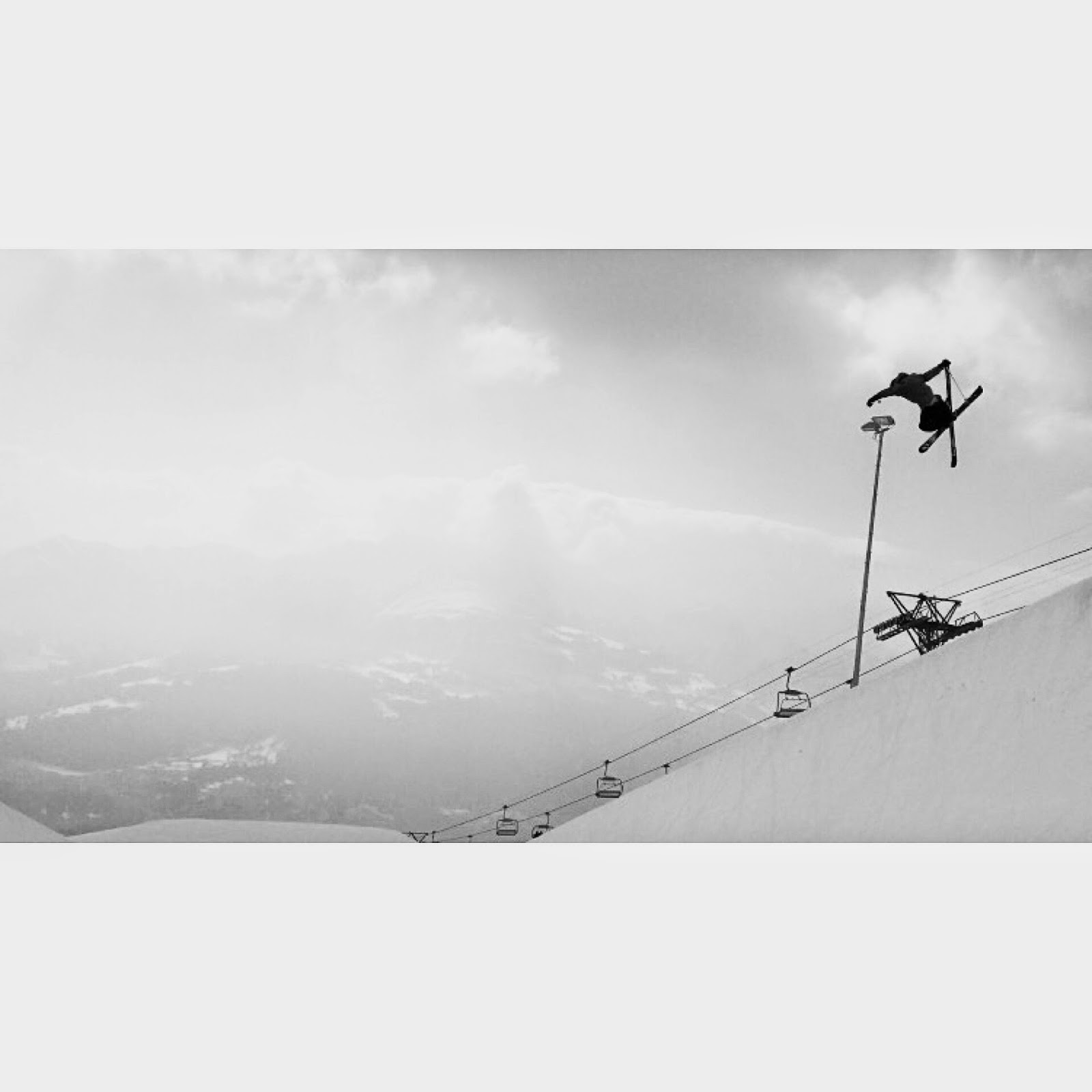 It was really overcast and that meant it was always fairly warm and a bit humid. As a result of this the halfpipe wouldn't freeze as it was too warm so they couldn't shape it. Which was a shame. The European Open was on at the same time(slope event). So it meant there was always something to watch which was nice. Woodsy ended up 5th after finals which was a great result so I was happy for him!


After a week in Laax trying to get stuff done with the weather being difficult it was time to go back to Tignes for the Brits. I was lucky enough to only have to do a short train journey and then get picked up off the snowboard crew. We ended up spending the night in Zurich and then heading to Geneva the next day to pick up a few of the other guys and then heading up the mountain. It wasn't too bad a journey. 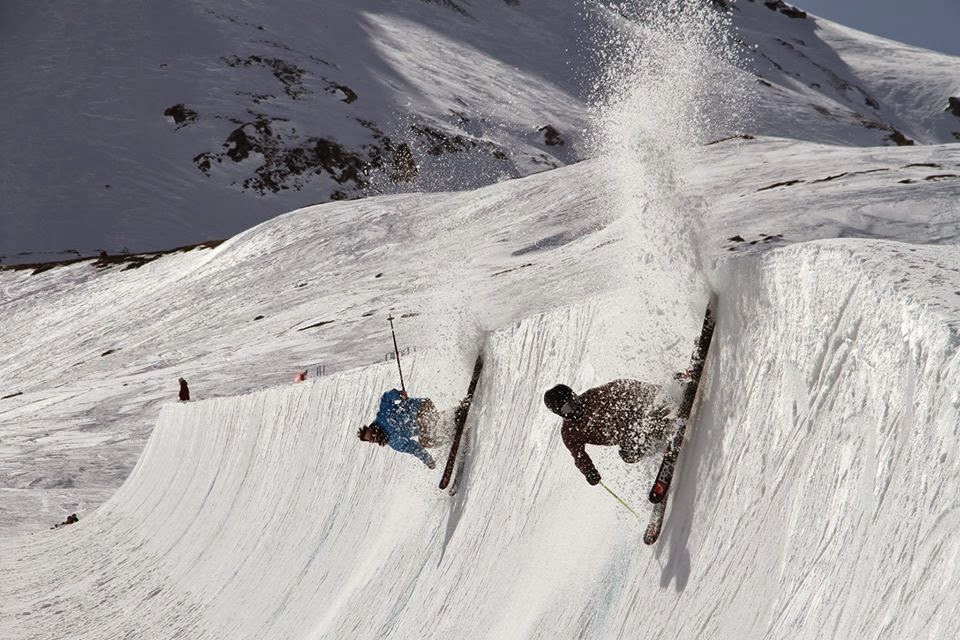 The first day up the mountain was spent with James Webb riding between the Slope course and the Halfpipe. It was nice to ski with him again after so long as he had been out with a knee injury. After that it was the first day of contests. He was coaching so he had to take a lot of the kids for skier cross and the day after was slope style so he was pretty busy. I tried to help where possible but Webbo pretty much had it all under control and didn't need me at all.

On Wednesday it was halfpipe day and that was the reason I had turned up. I wanted my British title back and badly. 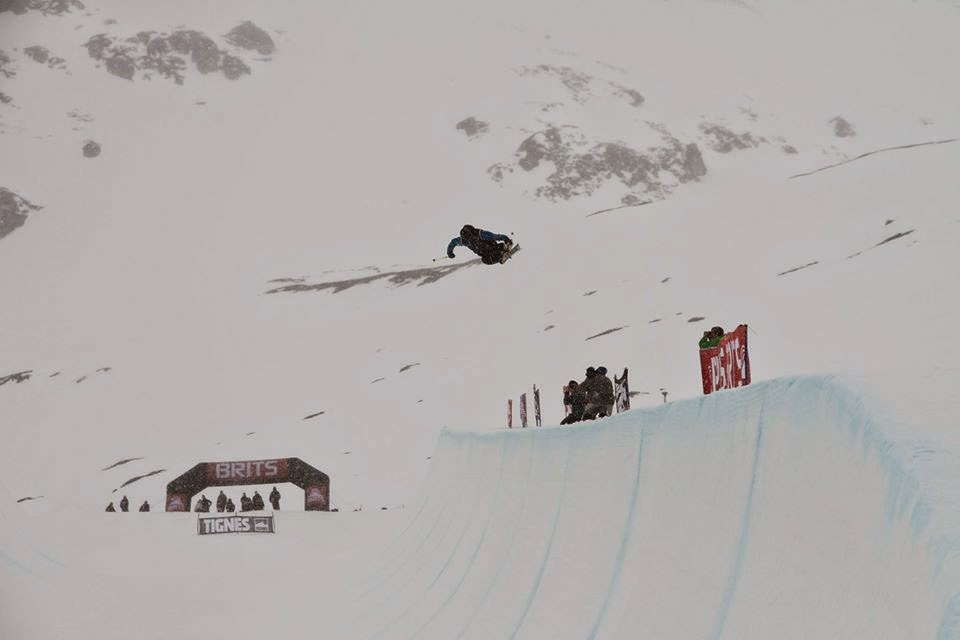 The weather wasn't amazing but you could still see the halfpipe. It was a good shape and really soft. So I was stoked to be skiing. I felt like I was skiing reasonably well but there was some tough competition from an American that had come across for it. I managed to get my run down with a double in it and I came out on top. I was so happy to have the title again as I feel like I had a tough season and deserved something good to come of it at the end. 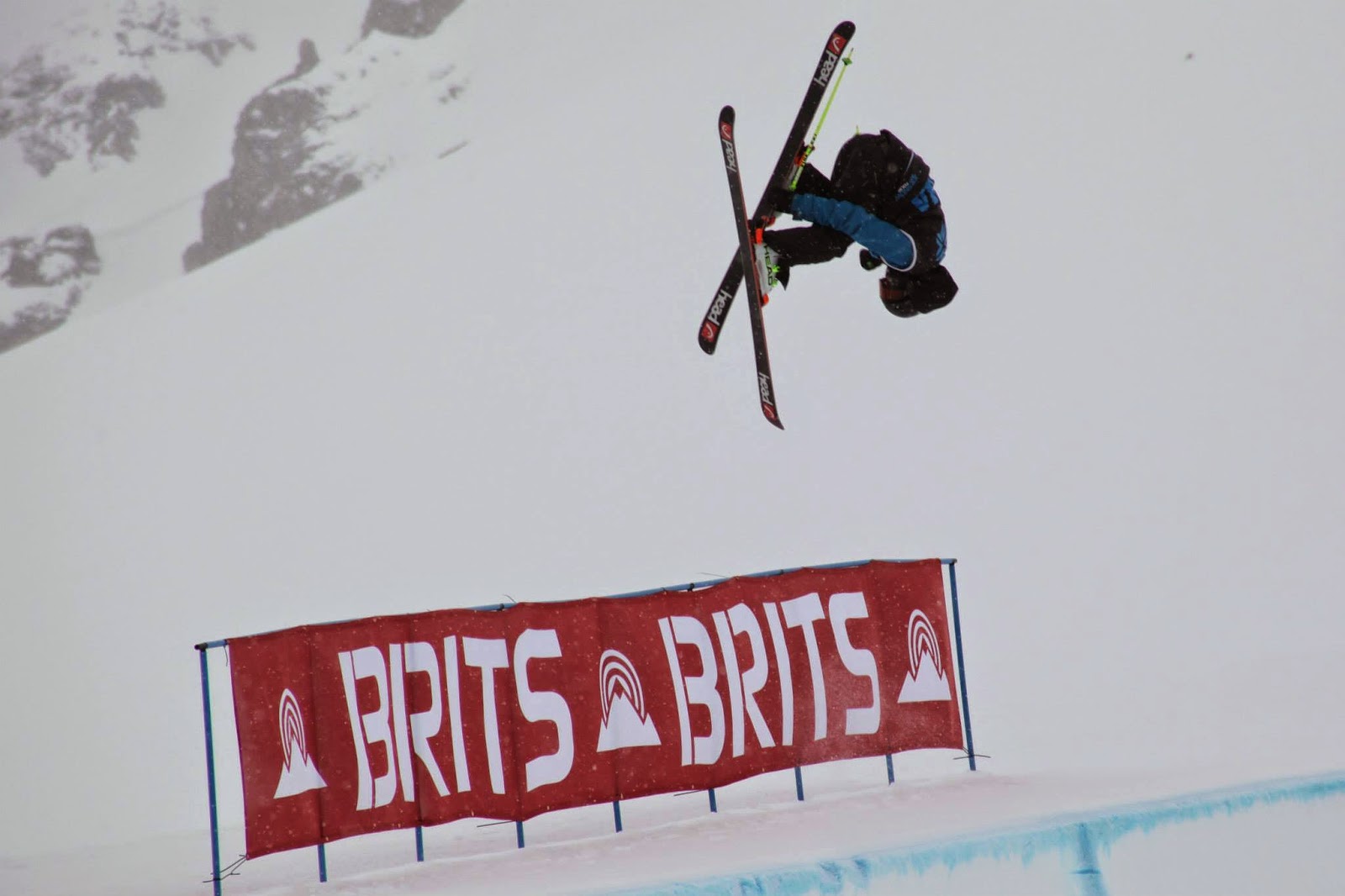 Now I have 2 weeks at home to smash the gym and physio to get myself in shape before going to Mammoth for a private airbag camp for 2 weeks. I am really looking forward to it and cannot wait!

Hope you enjoyed the post!
Posted by Murray Buchan at 15:01