Last month I was lucky enough to go to California for the Bud Keene Pro camp in Mammoth. Due to the season that Mammoth was having I was not that hopeful that the snow would hang around or the features would be any good. I was very very wrong. Yes there was no snow. But the park staff did an excellent job of getting a great park set up. 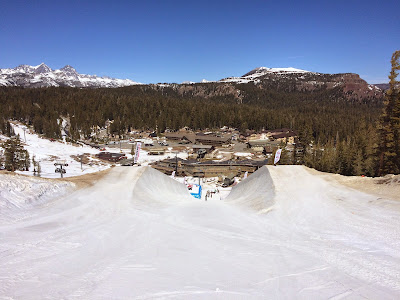 Before I got to Mammoth Coach Jamie and myself got a night in LA. Since we travel a lot and rarely get to spend anytime in the actual city Jamie and I thought we would see the sights. We didn't get up to too much. We ended hiring a super car to drive around in for the day which was amazing fun. I didn't get a chance to drive it because I am too young and Jamie is old...So it was cheaper for him. We went to the Santa Monica Pier, went up to Malibu and also went down Sunset and Rodeo. 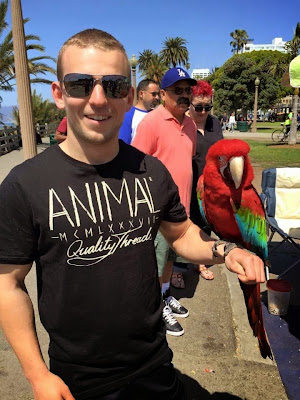 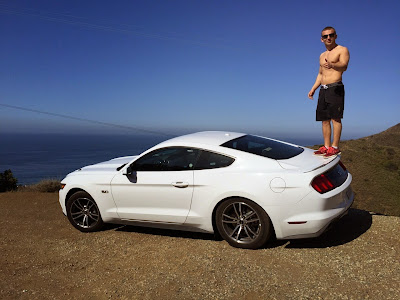 Next stop was Mammoth. We flew into the tiny airport and went straight to register for the camp. The first week was great! I found it difficult to get into things for the first few days as I was very Jetlagged. The time difference was 8 hours. But after that things started to get a lot better. 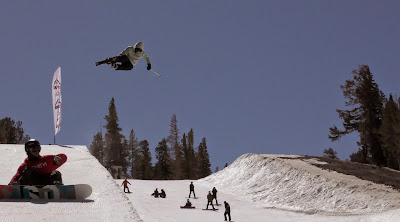 Every athlete on the camp was extremely motivated to get stuff done. Even the youngsters that had just booked on. So it really helped everyone else as people were always progressing. I managed to get doubles out of the way fairly early on. It was really good for me because it meant I could move on and progress/ work on other things. There was an opportunity to hit the airbags I wanted to spend a lot of my time on them as it doesn't come around very often.

When we aren't skiing all of us either went to the gym or hung by the pool. In Mammoth there is natural hotsprings so one morning we went down to them for sunrise which was amazing! I would definitely recommend going if you are in the area. 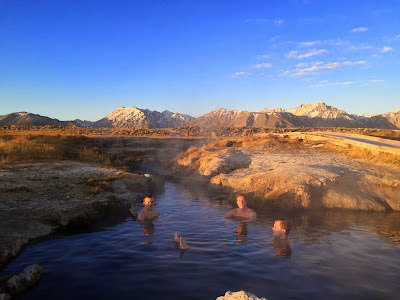 The second week of the camp didn't go as well as I would have hoped. The weather came in pretty badly and it was pretty crap! 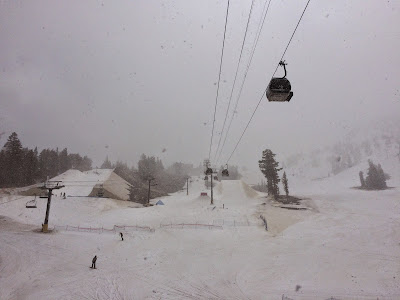 Even though the second week was terrible weather I still managed to get a bit of time on the airbag. It was very worth while trip. I loved every minute of it and I am hoping to get back on the next camp in the summer. Fingers crossed I can keep progressing and I think camps like this are the key!