Here is my run from Tignes World Cup. I was really pleased with it. I managed to land everything clean, with grabs and a decent height. So hopefully I can put a few new tricks in and then get the amplitude up with some good grabs.

Posted by Murray Buchan at 07:41 No comments:

After my disastrous time in Laax I had a short break at home before heading to Tignes for the WC. I have to be honest and say Tignes is not my favourite place but this time it was a great trip. I went out a day early to spend a day skiing with my girlfriend before having the official World Cup training. I hadn't had a full days piste bashing in about 5 years and it was amazing fun. 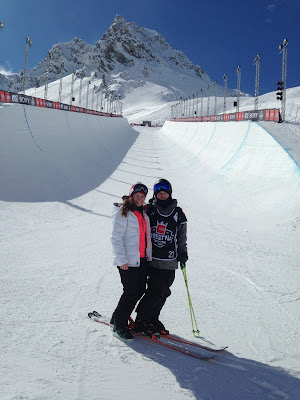 The WC practice didn't go very well for me. I was struggling a bit with motivation. The first day the halfpipe wasn't very good. There was a ridge down the right hand wall and the left wall was slightly over vert. It made it difficult for me to do any of my tricks. As a result of the difficult conditions on the first day I felt the pressure on the second. Because I felt like I had to do my tricks I overthought everything and it had the total opposite effect.

I was very nervous going into the contest. It wasn't a big field but there was a lot of big names, the majority being the Americans. I knew I needed a good result as my seasons hadn't gone quite the way I wanted thus far. Thankfully in the build up everything went my way. I had put in the work earlier on in the year and it must have paid off. I ended up landed both my runs with the highest scores I have had all season. I put in my switch 900 and my double and I got rewarded for them. I finished in 13th place. 10 made it through to finals and I was on the bubble until the last 3 people had to drop. It was pretty gutting being so close to making it to my first ever finals. But I was happy with everything! 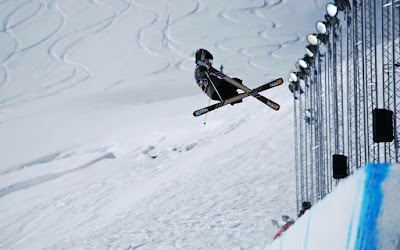 After Tignes I went home and managed to get a few turns in up north. I went to Glenshee with my dad. When I was younger I used to go up every winter as he learnt to ski there and also worked for the mountain rescue. At first I hated going up but now it is very familiar. It was possibly one of the best days skiing I have had up north. No wind, no queues and hardly any clouds. It was nice to put some turns in with my dad again as it had been too long. He has still got it, even if a little bit slower than he used to. 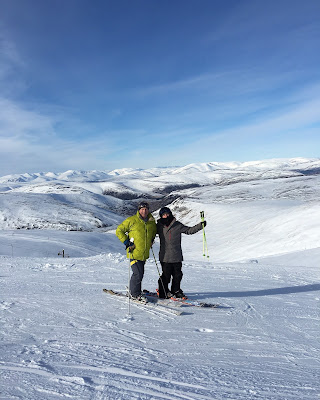 Next up it was back to Laax. I am currently here just now and it has been amazing so far! Weather has been inconsistent but most of the time it has been manageable. My time has been split between filming for Animal and getting some new tricks prepped for the upcoming trip to Mammoth. 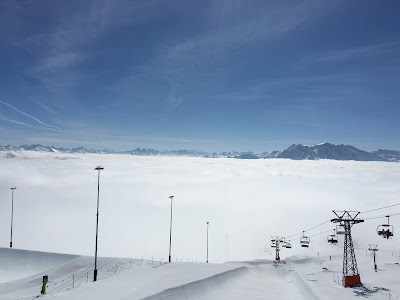 Paddy Graham from Legs of Steel has been out a bit. He taught me the majority of my tricks and it has been nice to ski with him again.

Hopefully it is a good trips and the Brits goes well next week. I will keep my blog updated with some more photos and possibly videos. 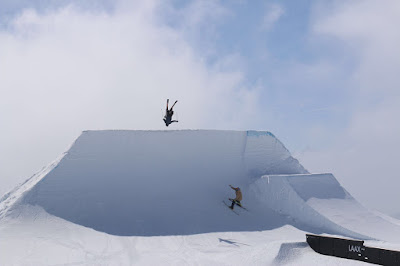 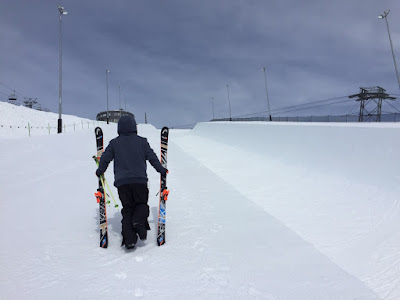 Posted by Murray Buchan at 08:59 No comments:

A week after Park City I flew to Switzerland to go to Laax. It is probably my favourite resort at the moment but unfortunately this time I do not have very fond memories. I spent my week looking at the inside of a toilet bowl.

I went out to spend a week with the Pathway Performance camp. They had already been out there for a week before I showed up. The week before I arrived all of them had a stomach virus and when I arrived I managed to last a day. I arrived on the Monday and thought I had made it. Then unfortunately the Wednesday morning I was sick. I got one day skiing in but it was bad weather so just skied some trees. Then I was sick for 3 of them and then it was bad weather again.

In total I had 8 runs. It was a bit of a disaster! Tignes next for the World Cup Finals! Fingers crossed I stay sick free.