Sorry for not posting in a while. It has been a fairly quiet summer. I have just been working at Freeze Pro Shop in the warehouse trying to save some money for the upcoming winter. It is going to be a big one as the Olympic qualification starts in December! I want to give myself the best chance possible to make it to Korea and be able to compete at the highest possible level. So the more financial support I can get the better. 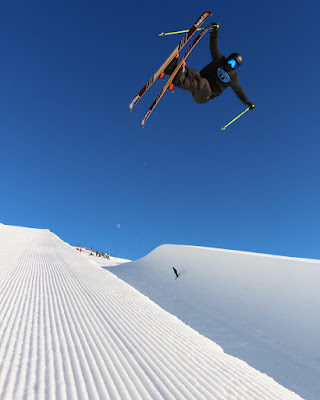 At the moment I am currently in Wanaka, NZ skiing at Cardona daily. So far so good. But I have a feeling it is about to get a lot worse quite quickly. The first week was a bit of a struggle for me. I caught a bit of the cold on the plane on the long flight over. So battling with that as well as jetlag and still trying to get some stuff done on my skis wasn't easy. But it has gone surprisingly well. The weather was brilliant and the halfpipe was close to perfect. I was managing to get some of my lower level tricks down such as right 5's and switch 5's. So it was great. But unfortunately all this warm weather has caused some problems. The halfpipe isn't freezing. Meaning it is too slushy to get a pipe cutter/piste basher through the middle. Therefore it isn't getting shaped. And because it is now not getting shaped. It isn't getting opened. And to make matters slightly worse. It is forecast to rain for the next 2 days. So everyone that is staying for Spring Camp(airbag camp for 2 weeks at the end of the season) is praying that the snow holds. 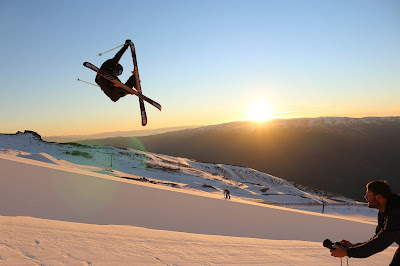 I have had a few opportunities to do some cool stuff while I have been here so far! The first day I arrived Jamie Matthew and myself went on a 5 hour round trip hike to the top of Mt. Roy! It was a bit more than we anticipated as it was slightly bigger than we originally thought. It turned out to be 1578m. But fairly steep. So as a non walker it had its challenges. Some of the views were incredible and it was definitely worth the slog up. But coming back down was the hardest part on the legs. It was a good warm up for going skiing the next day. 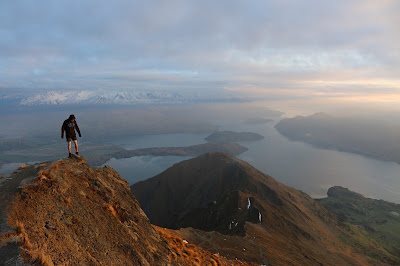 After a big day riding, Jamie and I also got incredibly lucky! A friend of ours knows a pilot out here and suggested that we fly around Milford Sound which is a big fjord on the west coast of NZ. It was an opportunity to do something very few people get to do. It was expensive but very worth it! Some of the views along the coast were incredible and I would recommend it to anyone thinking about going for a scenic flight. We were in a 4 seater plane and there was absolutely no room at all. It was a rickety old thing but it seemed to do the job just fine. We went along lake Wanaka and then up over the mountains past Rob Roy's Glacier and Mt. Aspiring. It was beautiful. 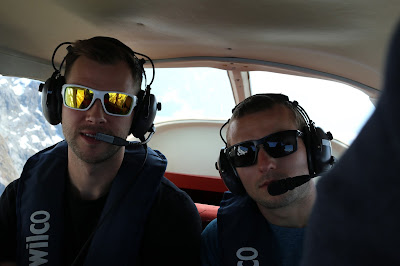 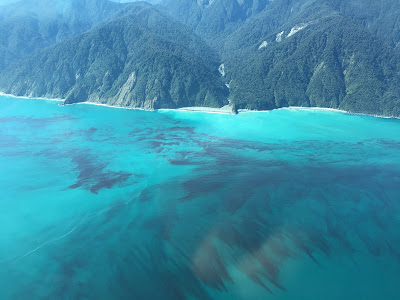 Now that a storm has rolled in it is a bit of a waiting game. Waiting to see when the weather gets better and also waiting to see if there is a halfpipe left once the rain goes. I will just have to see what happens. Unfortunately there is nothing I can do about the weather. But there are things I can be doing when I am on my skis. So I will just focus on that and not worry about the things I can't control.