The last World Cup of the season was in Tignes. I drove from Laax with the rest of the guys. It was a long day. 8 hours in the van. We arrived to terrible weather. It was absolutely dumping it down and the first practice was looking very unlikely. But so was the whole contest. Unsurprisingly the first day was a no go. But there was a small window to run a contest the following morning. There was not much practice. We had an hour with sled laps. It was far from ideal. But it was the only chance to run the event as it was utterly garbage for the rest of the time we were there. It was very difficult to get used to the halfpipe seeing as I had just come from Laax where it was pretty perfect. But I managed to at least get something down. It wasn't great. But I decided I would rather have 2 shots at my hard run than do 1 safe run and 1 shot at a hard run. It turned out very well actually. I managed to land my first run and I also managed to up it and get a better score on my second run as well. I ended up 19th which I was really pleased with as it was a seasons best. But after the qualifications finished it started to snow again. And didn't stop for 3 days. I have never seen so much snow fall in one go. It was pretty mental and there was a few avalanches. 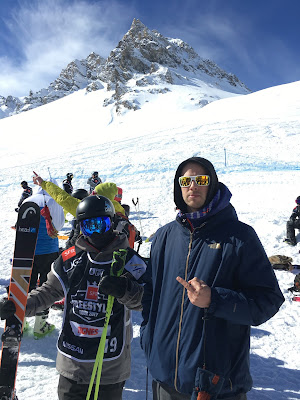 After the long drive back to Laax, it was time for the Swiss Freeski Open. There was some good points up for grabs because there was some good riders doing it. But it was about Europa Cup level. So not even close to a World Cup. At first I didn't want to do it. But as soon as I saw the weather was good and the halfpipe was perfect it changed my mind and I decided it was worth it. 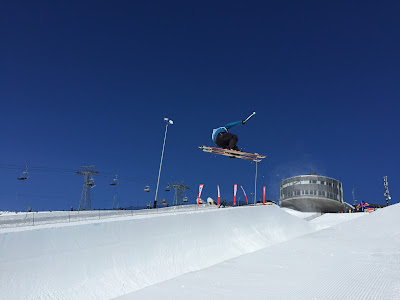 I thought similar to Tignes. There is not point in trying to do average. I may as well try my best and either go for all or nothing. No point in being safe. I went all out in finals. I tried my double and landed. I also went large on my right 5, bigger than usual anyway, so it gave me a bit of a fright. My right 7 was good with a solid tail grab which the judges seems to like. I changed my run a bit. Instead of doing a switch 9 to switch rodeo, I ended up doing switch 7 to flat 540. On my second run I thought I should maybe step it up and try a new trick. I ended up doing a switch 1080. I had never done one before so it was a great feeling doing it in my contest run and landing. It wasn't the best. But it was a step in the right direction. 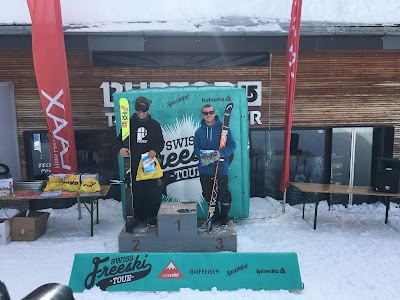 I ended up coming 3rd overall. Which I was really pleased with! I didn't expect it as there was some strong skiers at it. The guy who won has been on the podium a few times at World Cups already this season. So it was cool to share a podium with him.

I am currently in Spain for the World Champs. The weather is terrible and the first practice has been cancelled. It will be lucky if it happens tomorrow as well.