Rolled into Sierra Nevada on the 13th of March and it was dumping with snow. The previous week had been glorious sunshine and almost summer weather. But since it was another contest the weather was destined to be rubbish. The first training was cancelled due to winds up to 80km/h and heavy snowfall. The second day it was slightly better but the wind was still high. It didn't cause to many problems at practice though. The pipe was great. It was the most fun halfpipe all season. It wasn't too long and it was very forgiving. I really enjoyed myself. I tend to get a lot from practice when it is limited training before an event because the pressure is on and I just have to get my head down and get my tricks down. 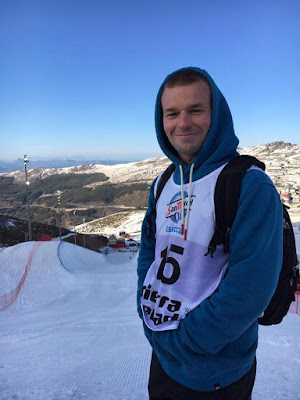 The conditions for the contest were fine. No complaints. It was a night event which was cool as I hadn't done one since the Olympics. Practice went well. I managed to land a safer run and a harder run. There was no point really in doing a safe run because it wouldn't make much difference. I did what I usually do and had 2 goes at doing a hard run.  It went really well. I ended up 16th with a score of 67(ish). Which was a good score. I was pumped to finish the season as top Brit. I also managed to get a switch 10 in my run at the end which is a relatively new trick for me. So it made it even sweeter after crashing hard on it in practice. Next up is some spring skiing in Laax and the British Champs. 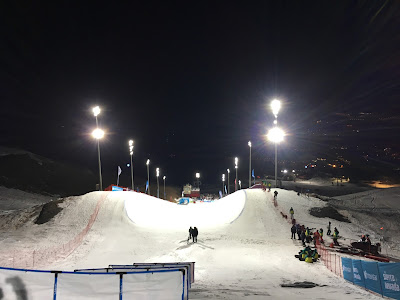 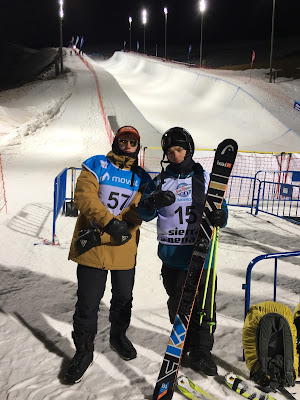