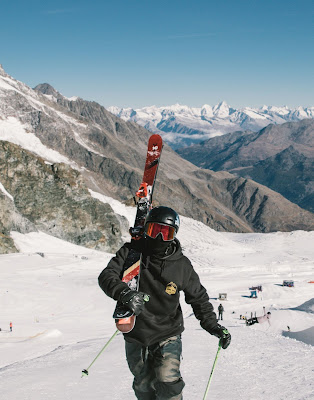 Last week I went to Saas Fee for a halfpipe camp. It was a private camp called Stomping Grounds and they have put on a few different parks around Europe throughout the winter. So in early October they decided to run their first halfpipe camp. I am not the biggest fan of Saas Fee as a place. I don't think there is much going on off of the mountain and it takes an awful long time to get to the glacier. 2 gondolas and a train to be precise. 45 minutes up and 45 down. But. There is always a but. I was incredibly impressed with the park this year. The halfpipe was close to perfect. The lift lines weren't too bad and the accommodation was good albeit very expensive. 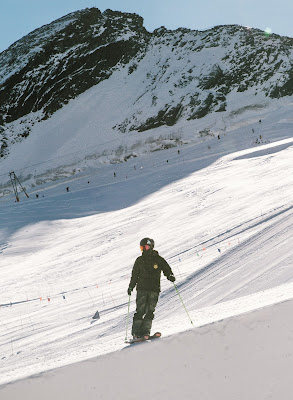 The first few days are always rough just because of the altitude. You are skiing at roughly 3500meters so the air is very thin. I got into the swing of things pretty early on as I only had a week. Started off by doing a few tricks. Easing into it. Some 900's and some flares. Everything was coming along nicely. 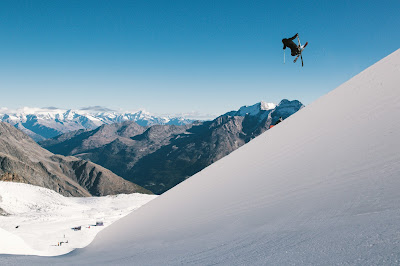 I went to Saas Fee with one goal. That was to land my right side double 900. There was a few other side goals along with that. Such as film a good few clips for a little project with Freeze Pro Shop. I was really excited to work with Lewis McLean and shoot some good stuff. Unfortunately day 3 didn't go to plan. I had spent the second day prepping the right flare. On day 3 it was great weather, the halfpipe was soft and very forgiving. I knew that the time was right to try it. I had tried 8 before now, and I had landed one. I knew that I would never feel totally ready, but in my head I knew I had prepped enough to do it. As it is a fairly new trick and a double I was scared and nervous. Which for me is normal and I think it is a good thing. It means I am not complacent. It didn't go to plan. On run 1 I took off slightly early and clipped the coping. I got the rotation slightly wrong but I got away with it. I was lucky. On try 2 I told myself all the things I needed to change. I prepped it in my head again and again. I had done all the right things. I made the mistake of rushing the take off. Big NO NO. I took off too early meaning I was sent over the edge of the coping and onto the flat part on top of the halfpipe. I landed on the coping and bounced into the middle of the halfpipe. My ski and 1 pole shot off as I crumpled. I think I got away with it very lightly. It could've been much much worse. On a positive note, my rotation was much much better. Just messed up the take off. 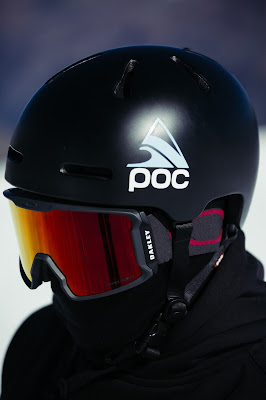 I hurt my right knee pretty badly. Which was not ideal. It is still causing some problems 2 weeks later. But it doesn't seem like anything serious. Just a quad strain. Which is good considering the circumstances of the crash. Thankfully the mountain was closed the next day due to weather. So I felt like I didn't miss out on too much. 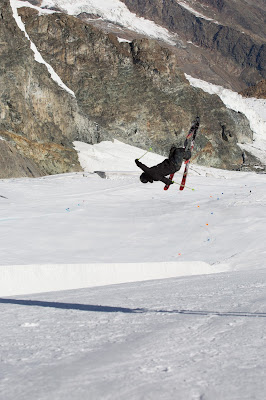 After the mountain was closed I had one more day to film with Lewis before he headed back to Edinburgh. I managed to get back on my skis but I wasn't able to do much at all. My knee was really unstable but I did some airs just for photographs. I felt bad that he had come all that way to film me for a project and I had hurt myself and was unable to do anything. It was like I had just wasted his time. The only saving grace was that it added to the story a bit as it is not always clean skiing. It is a dangerous sport and people do get hurt all the time. Sometimes it can be a lot more serious so I was fairly lucky.

Overall it was a great trip. I had a great time and although I didn't get as much as I wanted from it I still managed to get some small things. Progress was made and it was well worth it.